Although Sopranos fans may never get a definitive answer to what exactly happened when the screen cut to black in the show’s polarizing final scene, now, they’ll at least get to learn a little more about the events that preceded Tony’s rise to power in the DiMeo crime family.

According to Deadline, New Line Cinema has officially purchased a screenplay from creator David Chase and screenwriter Lawrence Konner for a movie prequel to the award-winning HBO drama. Currently titled The Many Saints of Newark, the film will center on the Newark riot that took place during the Long Hot Summer of 1967.

“That was a time when the African-Americans and the Italians of Newark were at each other’s throats, and amongst the gangsters of each group, those conflicts became especially lethal,” Deadline reports.

Judging by the time frame, it seems likely that Tony’s dear old mob boss dad, Giovanni “Johnny Boy” Soprano (played by Joseph Siravo in flashbacks), as well as his mom, Livia (played by Nancy Marchand in season one), and Uncle Junior (played by Dominic Chianese) will factor into the story. However, details about the plot are currently few and far between.

“David is a masterful storyteller,” said Warner Bros Pictures Group chairman Toby Emmerich. “And we, along with our colleagues at HBO, are thrilled that he has decided to revisit, and enlarge, the Soprano universe in a feature film.” 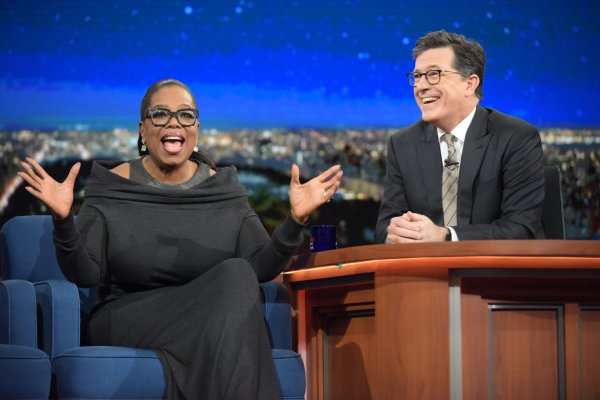 Stephen Colbert Wants Oprah to Run for President. So He Put His Faith in God
Next Up: Editor's Pick