How the Fight for Gender Equality Is Changing in 2018

In 2006, TIME magazine named “You” as the Person of the Year, recognizing the shift that had taken place on the internet. Users had become the drivers of the World Wide Web. YouTube made users producers, Wikipedia made users experts and MySpace made people stars. Users were tired of being passive so they stopped being the audience, and TIME’s cover headline read, “You control the Information Age. Welcome to your world.” Nothing has been more true.

The same shift is happening now in the women’s movement.

January 2017 marked a new moment for women as millions gathered around the country and the world, and launched our Web 2.0 of the women’s movement. We knew President Trump’s administration wasn’t going to listen to us. But we marched to be heard not by the president or a political party, but by one another.

While previous marches focused on specific issues, this time we wanted to raise them all. Years of activism by women organizers leading the Black Lives Matter movement, the Dreamer immigrant youth movement and leaders like Tarana Burke, founder of “Me Too,” created a new foundation for how we understood and made connections between our different experiences with violence and inequality.

And we began to listen to our own stories, and respond, at scale. We heard women with disabilities share their health care stories at Town Hall meetings and we called Congress in unprecedented numbers to protect our care. We heard Susan Fowler’s year at Uber, and we called for accountability in Silicon Valley. We heard our sisters speak about harassment in the workplace and we named names and even got some out. We heard actresses tell of their casting couch experiences and we made The Weinstein Company toxic. Farmworker women listened to women in Hollywood, and recognized their own stories in the courageous truth-telling they heard. Our capacity to listen exploded with the number of voices speaking until the cultural momentum of #MeToo became unstoppable.

And that’s when it happened. We stopped looking up, to those in power, and started looking around at the women standing beside us — from different backgrounds, working in different sectors, of different ethnicities, with different stories — and realized our strength is in our diversity not our singularity, and the power that we need to claim is our own.

We shifted from focusing on protesting laws to lifting each other up to become the lawmakers. Danica Roem is now the first transgender person to serve as a state legislator in the country. In fact, more women than ever have decided to throw their hats in the ring and run for public office. We grew tired of reporting sexual predators, so we, following the leadership of black women, went to the polls and voted for Roy Moore’s opponent.

We’re writing a new playbook for power. We are growing our organizations, taking over others and forming new ones. We’re working together, refusing to be isolated and doing what it takes to get the job done. Because that’s what women have always done.

We have seen the effects of this shift already in 2018. When yet another mass school shooting took place in Parkland, Florida we saw the rise of Emma Gonzalez, an 18 year-old student tired of the lack of action on gun control by the powers that be. At the Oscars last weekend, Frances McDormand invited producers to meet with all of the other female nominees because “we all have stories to tell and projects we need to be financed,” and called for “inclusion riders” to make sure storytelling is inclusive both in front of and behind the camera. Farmworkers and domestic workers, the two groups of women workers who have been the most systematically excluded from protections at work, are mobilizing to Washington, D.C. to demand new protections from sexual harassment for all women.

The message is loud and clear: We’ll take over from here, thanks. The rate things have been going, we’re certain we’ll do a better job. When Lev Grossman wrote the feature for TIME’s Person of the Year in 2006, he said, “It’s about the many wresting power from the few and helping one another for nothing and how that will not only change the world, but also change the way the world changes.” The same is true of the power shift we are witnessing with women.

We are watching women create the world we want to live in — not only changing the world, but also changing the way the world works. This year Golden Globe attendees who are part of #TIMESUP invited activists, myself included, as their “plus ones” because they know this movement will only be successful when all women are successful.

We’re done with asking for things to change; we’re making change ourselves. And so far it looks pretty good. It’s only March, but every single woman is the Person of the Year. Welcome to our world. 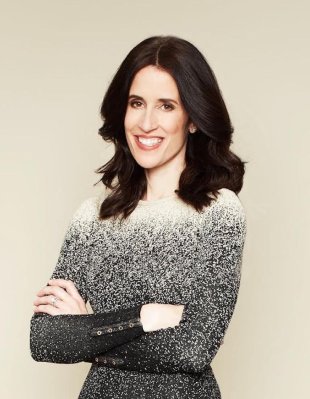 IBM's Michelle Peluso Thinks Men Play a Key Role in the Fight for Gender Equality
Next Up: Editor's Pick