It’s probably fair to say that more often than not, luck depends on other people. A simple secret of luck is to be with the people who can (and will) cause good things to happen for you. And it’s not always who you think. Family and friends may be the bulwarks of support in most of your life, but the connections that propel you into the luck stratosphere are sometimes the most unexpected.

The much-admired sociologist Mark Granovetter, who has degrees from Princeton and Harvard and is now a chaired professor of sociology at Stanford, refers to this as “the strength of weak ties.” You have strong ties with people like close friends or colleagues whom you see at least once a week and weak ties with those you encounter less frequently. Interestingly, it’s the weak ties that usually matter, whether you’re looking to land a potential mate or a new job in digital media. You and your best friends already know most of the same people—you have “overlapping social circles,” as the sociologists like to say. But those with whom you’re more weakly tied probably have an entirely different social network. Connecting with them opens up a whole new community of possibilities — and because each new person is connected to many others, your possibilities are suddenly vastly larger.

Granovetter’s insight into the wonderfully oxymoronic strength of weak ties has inspired complex studies about networks and how information and luck spread. People who know how to play the networking game often end up looking like the luckiest ones around.

Lara Galinsky regularly uses the power of networks at conferences she runs. A consultant to many nonprofit organizations, she organizes luck circles instead of the standard bonding exercises that many of us have come to dread (beach Olympics, anyone?). We met Lara at a local café for breakfast, and she explained that her goal is to help everyone increase their opportunities for lucky events and connections to occur. She starts by dividing people into random groups of five — the core luck circle. Each person tells the group one thing that he or she needs to get lucky — something that would make a real difference in life. Then the groups mingle, and people walk around talking to one another and seeing if they can spread luck.

“As you move around, you’re carrying five people’s dreams in your pocket,” Lara told us as she sipped her tea. “It’s random, controlled chaos. In the din, we’ll regularly hear a shout of delight as someone makes a connection that can create luck.”

Lara described one luck circle she ran where a young woman told her group of five that she wanted to get a job at a particular national foundation. Nobody in the group had an immediate way to help her. But as the small group expanded to the larger one, the foundation name got bandied about — and it didn’t take very long for someone to remember a colleague who had once worked there and could make the right introduction. Wow! The young woman couldn’t believe her luck. She just said the right words, and the luck popped up! “Luck sounds mystical, but it starts from the very grounded place of knowing what you want,” Lara told us. “Being declarative about your own desires and putting them into the world creates the conditions for luck. When you have clear ideas of what you want and see the world as something you can affect, you elicit lucky reactions. It’s about openness and possibility and capturing chance.”

You can use the principle of finding luck in other people almost anywhere. You may go to a moms’ group, a book club, a yoga studio, or a Lions Club meeting to make some of those serendipitous connections. You can always read a book curled on the couch or do a side plank pose in your own bedroom, but you open yourself to lucky opportunities when you share the experience and have other people around you. Many of us like some time to sit alone and work or think or relax, and that can definitely be part of good days. But lucky sparks happen when people rub against each other.

I’ve always liked to think that being competent and talented is enough — but now I’m convinced that connections and personal networks often make the difference. What appears to the outside world as random luck often comes from networking behind the scenes. Barnaby pointed out that the movie My Big Fat Greek Wedding is regularly used as an example of a hit that came from nowhere. It’s true that it was made on a shoestring (which now means $2 million), but writer and star Nia Vardalos also found a way to get the movie to Rita Wilson, who she knew was proudly Greek. Wilson agreed to help and brought it to her husband, Tom Hanks, who had his production company invest in the movie and work on its distribution. Luck, maybe—but the kind of luck that comes from connecting to other people.

The luck we bring each other can be mutual and expansive. You have to know how to take the opportunities and share them and give them back. Because whoever you are, you need other people to help you get lucky. 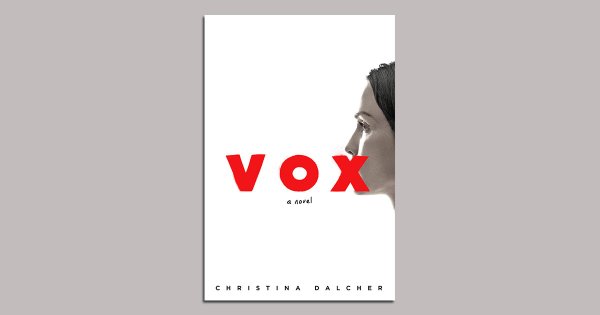 What If Women Could Only Say 100 Words Per Day? A New Book Imagines Exactly That
Next Up: Editor's Pick