The legendary pilot Amelia Earhart famously disappeared during an ill-fated attempt to fly around the world in 1937. Earhart’s last whereabouts remain unknown, but a new study adds weight to one of the most popular theories about her final resting place.

Bones found in 1940 on Nikumaroro Island — a western Pacific island near Earhart’s projected flight path — were initially thought to belong to the pilot, as they were found alongside a number of possessions that could have belonged to her, including a shoe; a box designed to hold a navigation device similar to the one used by Earhart’s navigator Fred Noonan; and a Benedictine bottle, which she was known to carry with her. But when a researcher measured and analyzed the bones in 1940, he determined they belonged to a man, dashing the idea that they belonged to the legendary pilot.

New analysis from University of Tennessee anthropology professor Richard Jantz, however, is giving new life to the old theory. His work was published in the journal Forensic Anthropology.

Though the actual bones have long been lost, Jantz applied modern-day forensic analysis techniques to the old measurements, and inferred more information about Earhart’s size and stature from historical photographs and preserved pieces of the pilot’s clothing. Jantz’s work suggests that the bones actually did belong to a woman of roughly Earhart’s size, leading him to write in the paper that “it is more likely than not the Nikumaroro bones were (or are, if they still exist) those of Amelia Earhart. If the bones do not belong to Amelia Earhart, then they are from someone very similar to her.”

At least based on the information available, the bones were more similar to Earhart than to 99% of the individuals in a reference sample population, the study says. Without being able to analyze the actual bones, of course, that remains a conclusion without a confirmation. But circumstantial evidence and historical data, Jantz writes, make for a strong case that Earhart’s journey did end on Nikumaroro Island. Indeed, so confident is he of that theory, that he proposes to shift the burden to skeptics to disprove it.

“Until definitive evidence is presented that the remains are not those of Amelia Earhart,” Jantz writes in the paper, “the most convincing argument is that they are hers.” 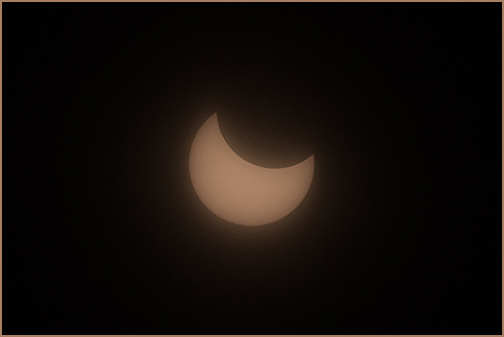 These Are Some of the First Pictures of February’s Partial Solar Eclipse, As Seen From Antarctica
Next Up: Editor's Pick