Mohammed Bin Salman, in an interview with Egyptian newspaper editors in Cairo this week, also accused the Muslim Brotherhood of exploiting democracy in the region and said Turkey, its patron, is trying to revive a caliphate, the Al-Shorouk daily reported. Both Saudi Arabia and Egypt have designated the Brotherhood as a terrorist organization.

The prince’s comments were the latest broadside in a heated rhetorical battle among Saudi Arabia, Iran and Turkey as the three Middle East powerhouses vie for predominance at a time of deepening confrontation. Since his father became king in 2015, Prince Mohammed has leapfrogged other Saudi royals to become his Sunni kingdom’s undisputed leader. Along the way he has overhauled foreign policy, largely in an effort to contain the influence of Shiite Iran.

Lumping Turkey along with radical groups and the kingdom’s main regional foe is a sudden escalation by the 32-year-old crown prince against the NATO member.

Turkey has acted to undermine the Saudi-led boycott of Qatar, and Turkish President Recep Tayyip Erdogan has also sheltered members of the Muslim Brotherhood in his country.

In Cairo, the crown prince asserted that his policies were working. Iran’s “project is collapsing and we are besieging it in every place,” the paper cited him as saying.

For more than three years, a Saudi-led coalition has been fighting to defeat Shiite Houthi rebels backed by Iran in neighboring Yemen after they ousted a government friendly to Riyadh. The war has plunged Yemen into a humanitarian catastrophe with no end to the conflict in sight. In Syria, Saudi-backed forces have largely been defeated by President Bashar al-Assad’s army, supported by Russia and Iran.

In June last year, the oil-rich kingdom, along with the United Arab Emirates, Egypt and Bahrain, cut diplomatic and economic ties with Qatar accusing it of aiding militant groups and maintaining close ties with the Islamic Republic. Qatar has denied the claims and says the four nations are leery of another nation flexing its muscle in the region.

Prince Mohammed compared the standoff among key members of the Gulf Cooperation Council to the decades-long isolation of Cuba by the U.S.

It’s “wrong to focus on this very trivial problem as it could continue for a long time,” he said in the Egyptian capital, according to Al-Shorouk. The Saudi official responsible for handling the dispute holds a position lower than a government minister, he said. Saudi Arabia wouldn’t accept outside mediation, he said, “but this doesn’t mean that we will prevent Qatar from attending the next Arab summit.” Both Kuwait and the U.S. have attempted to bridge differences between the sides.

Egyptian President Abdel-Fattah El-Sisi, who spearheaded the military-backed popular uprising that ousted Islamist President Mohamed Mursi from office in 2013, has been a staunch backer of Saudi Arabia.

El-Sisi has launched a broad crackdown on the Muslim Brotherhood, which fielded Mursi for office, leaving hundreds dead and thousands in jail. The Brotherhood, which advocates Islam via the ballot box, is perceived by the absolute Gulf monarchies as a threat to their rule. 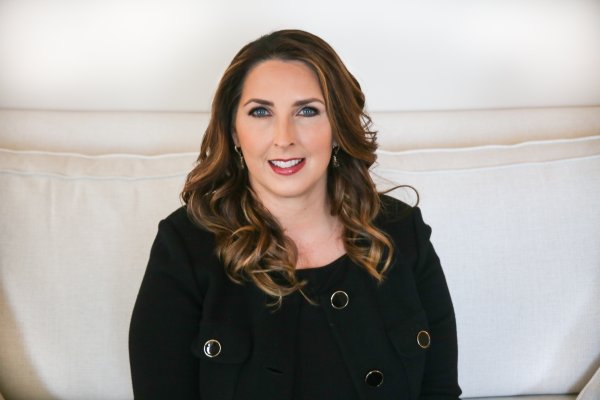 How I Went From a Stay-at-Home Mom to the RNC Chairwoman
Next Up: Editor's Pick