When he’s not on duty as Cersei Lannister’s silent but extremely deadly bodyguard, the Mountain from Game of Thrones spends his time showing the real world just how strong he really is.

While competing at the 2018 Arnold Strongman Classic over the weekend, Hafþór Björnsson broke his own raw deadlift world record by lifting 1,041 pounds.

Footage from the competition shows the 29-year-old actor—who is 6-foot-9 and weighs nearly 400 pounds—raising the massive barbell to his waist with the assistance of only a belt and some straps. He then holds his pose for a few seconds while nodding at the crowd.

This accomplishment is par for the course for Björnsson, who has previously broken world records by carrying a 30-foot, 1,433-pound log five steps and hauling two refrigerators over 20 meters in just 19.6 seconds.

The Hound is definitely going to have his work cut out for him if he wants to take down his brother in Thrones final season. 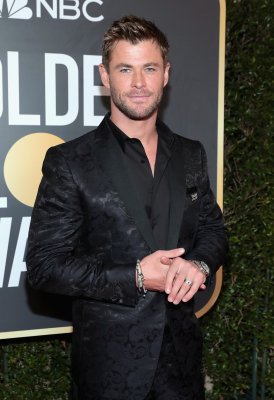 Chris Hemsworth Proves He's Dad Goals in These Sweet Vacation Pictures With His Daughter
Next Up: Editor's Pick