When Is the First Day of Spring 2018? 4 Things to Know About the Equinox

March is a notoriously fickle month for weather, but one thing that always comes, rain or shine, is the first day of spring — even if it doesn’t feel like it.

Despite three back-to-back-to-back Nor’easters just weeks ago, the first day of spring — which falls on Tuesday, March 20 this year — is officially here. The first day of spring is called the vernal equinox (sometimes also referred to as the spring equinox or March equinox) and it is almost always either March 20 or March 21 (though it will fall on March 20 for the next two years in a row, according to the National Weather Service.)

The warm weather ushers in the opportunity to spend more time outdoors, especially with longer hours of sunlight.

Here’s everything you need to know about the first day of spring:

What happens on the first day of spring?

The first day of spring is the only time of year when the sun rises in the east and sets in the west for everyone across the world. It’s also the only moment each year that the Earth’s tilt is zero in relation to our sun. So, if you were standing on the equator, the sun would pass directly over your head.

How do you determine the first day of spring?

The first day of spring is determined by the vernal equinox, which is when the sun crosses over plane of the earth’s equator, making night and day approximately equal lengths all over the world. One the day of the equinox passes, both of Earth’s hemispheres get an equal amount of sunlight.

So if you go by the meteorologic cycle, the first day of spring is actually March 1, AccuWeather says.

Is the first day of spring the same every year?

No. The date changes each year since it is determined by the timing of the sun crossing over the Earth’s equator, which shifts ever so slightly depending on a few factors.

The Earth’s orbit is constantly changing in relation to the sun, while at the same time the gravity of other planets impacts the Earth’s location in space. Those physical dynamics coupled with the fact that each calendar year always has a different number of days (think leap years), means that the first day of springs varies slightly from year to year.

What time does spring arrive in 2018?

The exact time the vernal equinox is supposed to occur this year is at 12:15 p.m. on Tuesday, March 20, according to the Farmer’s Almanac.

The spring equinox in the Southern Hemisphere happens at the exact opposite time of the year, so it’s actually the fall equinox for people on the other side of the world (the same way that winter and summer are reversed for both hemispheres). 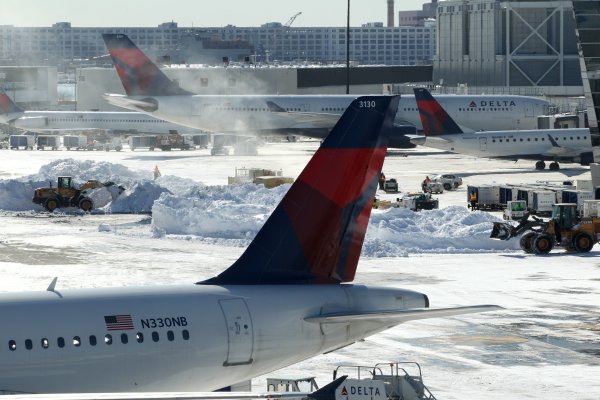 Third Nor'easter Cancels Hundreds of Flights
Next Up: Editor's Pick