The U.S. Has Sanctioned North Korea Over the Assassination of Kim Jong Nam

Kim Jong Nam is seen getting off a bus at Narita airport near Tokyo on May 4, 2001 and North Korean leader Kim Jong Un is seen during a parade in Pyongyang on May 10, 2016.
Toshifumi Kitamura—AFP/Getty Images
By Laignee Barron

The U.S. has imposed new sanctions on Pyongyang in response to its determination that the North Korean government used a chemical warfare agent in the assassination of Kim Jong Nam, the estranged half-brother of regime leader Kim Jong Un.

The State Department said Tuesday that it determined North Korea used VX nerve agent, the most toxic of all chemical weapons. The statement offered no further details on how the suspected link between the chemical agent and the North Korean government was definitively proven.

“On February 22, the United States determined under the Chemical and Biological Weapons Control and Warfare Elimination Act of 1991 that the Government of North Korea used the chemical warfare agent VX to assassinate Kim Jong Nam, in the Kuala Lumpur airport,” State Department spokesperson Heather Nauert said.

Violators of the weapons act are subject to a raft of restrictions, including on U.S. foreign aid, military assistance and diplomatic relations.

The announcement comes amid early signs that the U.S. and North Korea could enter diplomatic talks, after Kim Jong Un announced a willingness to discuss scrapping his nuclear weapons program, according to a statement from South Korea’s government.

The Pentagon estimates North Korea likely possesses a stockpile of chemical weapons and has the ability to produce nerve, blister, blood and choking agents, as well as toxins that can be deployed via missile, rockets or shells.

Kim Jong Nam was checking into his AirAsia flight at the Kuala Lumpur International Airport when two women, one after the other, approached him and smeared a colorless, odorless substance across his face. The eldest son of Kim Jong Il was dead about 20 minutes later.

“The United States strongly condemns the use of chemical weapons to conduct an assassination,” the State Department said. “This public display of contempt for universal norms against chemical weapons use further demonstrates the reckless nature of North Korea and underscores that we cannot afford to tolerate a North Korean WMD program of any kind.”

North Korea’s chemical agents may also have links to Syria in an exchange that U.N. investigators say supplies Assad with chemical weapons components, and cash-strapped Pyongyang with funds for its nuclear and missiles program, according to a leaked report reviewed by the Associated Press. 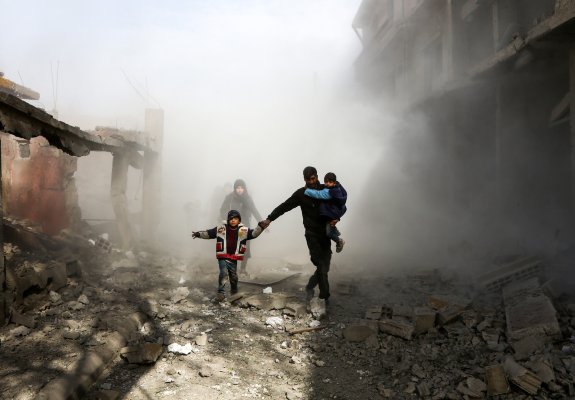