This Historian Studied Decades of American Resistance. Here's Her Advice for the Parkland Students

Mary Frances Berry, as Chairperson of the U.S. Commission on Civil Rights, addresses a supporters at a Democratic presidential rally in 2004.
Rick Friedman—Corbis via Getty Images
By Lily Rothman

Mary Frances Berry didn’t particularly want to write another book. The historian, activist and polarizing former chair of the U.S. Commission on Civil Rights had already written lots of them. But, after the 2016 election and the protests that followed President Trump’s inauguration in 2017, her perspective was once again in demand. Given her historical expertise and personal participation in about a half-century of progressive activism — from reporting on what she saw in Vietnam in 1967, to being arrested while protesting South African apartheid in 1984 — she says she believed that writing a book was what she could contribute to a new wave of resistance.

That book, History Teaches Us to Resist: How Progressive Movements Have Succeeded in Challenging Times, is a walk through moments of progressive protest in American history (against segregation in the American military, for example) and in her own life (against the Vietnam War, apartheid and more).

She spoke to TIME about the lessons of that past — and why she thinks those lessons are good news for the nation’s newest headline-making protesters, the young people who are campaigning for changes to gun-control laws in the wake of February’s school shooting in Parkland, Fla.

TIME: “The resistance” is a term we hear a lot these days. What do you think of that usage of the term?

BERRY: It is very broad, so it can encompass anything that anyone wants to do, from sending a tweet to walking down the street and giving the finger to somebody.

Is it still useful if it’s that broad?

Yeah, because it’s important for people to do what they can do. The way I put it when I talk about it, is that protest is an essential ingredient of politics. Politics is important — you should vote, run for office if you feel like it — but that’s not enough. You have to bring some kind of pressure to bear when you want to change policy. And social activism is a way to do that.

In your book, you start with the campaign to get FDR to integrate the military then skip ahead to the anti-war movement during Vietnam, but after that it’s pretty much consistent through the years, with no gaps. Do you believe there’s ever a time when resistance isn’t happening?

We look too much at the national picture, what’s going on in Congress today or the President or whatever. Right now, even though we don’t see on the news a lot about unarmed people being shot by police, since the story now is on the school shootings, there are people in communities who are being shot, who are unarmed, by police. There are local people who are protesting that, and who are going to their local council or local people. We used to think that there was a sort of dead period in American history after the anti-war movement and the civil rights movement, that nobody was protesting. And then a lot of us did research, and we found that there were people in communities all across the country, on local issues, who were trying to do something the entire time. There’s always some resistance somewhere.

The movements you write about eventually succeed in one way or another. Is that because you picked ones that could teach a lesson, or is there also an element of inevitability in the way you see it?

In most of the cases where people have organized to do something about an issue, even if those people don’t get anything done in the short run, in the long run other people take up the cause and eventually they are able to make some kind of change — if they are persistent and they understand the long view of things. I was listening to the students talking about Parkland and some of them said, ‘We came down here to Tallahassee and we thought that if we all came down here they would pass the law.’ I thought to myself, I’m so happy they’re organizing, but it takes a long time. They don’t understand yet. They will; they’re learning. You have to each day figure out whatever else you’re going to do and continue the struggle and eventually you will get something done. The first reaction of those who have power is to believe that you will go away soon and people will forget about it soon and then something else will happen. So you have to be persistent.

Is persistence your top advice for young activists?

My first advice is persistence and patience. The second is to strategically figure out different things to do that will attract media attention. Because if you do something and there’s no media attention, you might as well not have done it.

That’s true. I mean, I think about the South Africa sanctions and apartheid. For years, there were occasional people who went to the embassy and tried to get them to send a protest back to South Africa. It didn’t get any traction because there weren’t enough people and they got no media attention. We decided to lay out a plan of action to keep the thing going, and we [started a sustained protest] the day before Thanksgiving because we knew that the media would need to fill up all of cable news. And if we kept going and if we could be counted on every day at 5:00 to have a demonstration at the embassy, we would get lots of media attention if people got arrested. So it was not just doing something without thinking about it strategically.

Many people have commented that Black Lives Matter protesters got a very different public reception than the Parkland protesters have, and some have come to the conclusion that the difference is race. What do you think of that?

I think that analysis is probably correct, given the potency of race in American society. I also think that there’s a whole dimension that’s being missed. There’s already massive school security at majority-black and -brown schools in the inner city. If you go to any public school, you will find metal detectors at the doors, and you will find security officers in the schools. And when I was discussing this with some students at a prep school where I was speaking — majority-white kids, rich kids — they said they just couldn’t imagine that at a school they would go to there would be guards and metal detectors. I said, ‘Do you think it’s terrible for the schools these other kids go to?’

And no one has discussed that. In all the discussions about security, the best way to tell whether you want that to happen, is to go look at places where it’s already happened. And the reason why it’s not discussed is because either the reporters don’t know about it or their editors don’t, and their kids don’t go there, or because it’s race. It’s black and brown people, they’re over there, and whatever happens to them is different from whatever happens to “our kids,” quote unquote. So race, I think, does play a part — and it’s unfortunate because it inhibits our ability to really analyze the problems and propose solutions that might work.

Do you think the conversation about all this will change?

I am optimistic, if the students continue their protests long enough and eventually come to consciousness about what’s going on in other schools, eventually something will happen. The history of these movements teaches us that if you persist, if you strategize, if you organize, if you take risks and keep the pressure up, eventually the political system will do something.

You’ve said that the day President Reagan fired you from the Commission on Civil Rights, or rather tried to, you were happy, because it meant you were doing your job. What’s your trick to having thick skin?

Martin Luther King said that if he spent all of his time worrying about what the press and the public said about him, he wouldn’t get anything done. I think that’s right. When Reagan fired me and then I sued him, I was happy because I knew that meant that he had been stung by what was happening and that we had an opportunity to sting him even further, if I were willing to take the risk. Whenever I am criticized by someone or some institution that is opposed to the social-justice agenda as I see it, then I think I’m doing the right thing. I am never happier, to be perfectly frank, than when I’m with a group of people and we’re organizing to do something in the cause of justice. I sometimes tell my students it’s a better high than marijuana.

It’s easier to not be upset when you feel that you’re right.

But you could be wrong too. I’m not that prescient that everything I do is right. I can only do right by my own consciousness and maybe somebody else could say that’s not the right thing to do.

Are you currently involved in any form of resistance?

I keep trying to pass the torch but the people I want to pass it to won’t take it, so I don’t know what to do about that. I’m still on the board of organizations that engage in protest activities and I join them in human-rights protests on a whole range of civil-rights issues that we have with the Trump administration, so I’m still actively doing that — but I don’t think I need to play a leadership role. I hope that’s what I’ve done in this book, and the people who read it when it was being prepared agreed that it does teach us what we can learn from the past that will help us with these victories.

What do you mean when you say that you’ve tried to pass the torch?

Well, I hope that somebody, instead of asking me what I’m doing, will just say, ‘I will do it! You don’t need to do it anymore, why don’t you go and read a novel?’ But that doesn’t happen. I keep being called upon to join in, and I do, because I have a commitment. 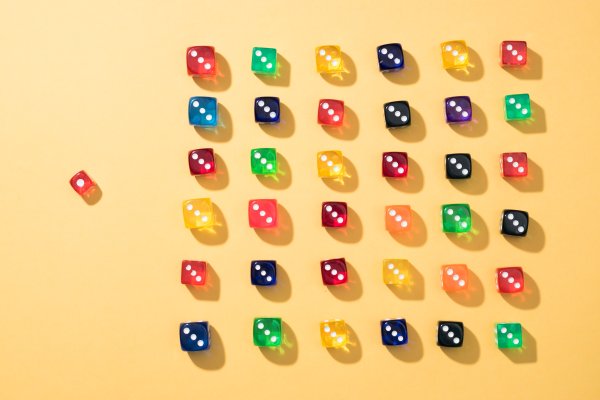 What’s the Secret to Good Luck? Networking
Next Up: Editor's Pick