Should You Drink Matcha Tea?

While green tea has long been a recommended part of a healthy diet, another brighter shade is becoming increasingly popular: matcha. Here’s what you should know about the beverage.

What is matcha tea?

Matcha is a type of green tea made by taking young tea leaves and grinding them into a bright green powder. The powder is then whisked with hot water. This is different from regular green tea, where the leaves are infused in water, then removed. Drinking brewed green tea “is a bit like boiling spinach, throwing away the spinach and just drinking the water,” says Louise Cheadle, co-author of The Book of Matcha and co-owner of the tea company teapigs. “You will get some of the nutrients, but you’re throwing away the best bit.” With matcha, you’re drinking the whole tea leaves.

Matcha leaves are grown on green tea bushes kept under shade. The shade increases the amount of chlorophyll content in the leaves, which is what makes them bright green and full of nutrients. The leaves are picked by hand and the stems and veins are removed. According to Cheadle, the leaves are traditionally ground by granite stones into a super fine powder. “It takes an hour to grind the leaves, and it’s done in the dark to protect the nutrients,” she says.

“The finest matcha comes from Japan, where it has been grown for centuries and forms part of the traditional Japanese tea ceremony,” she adds.

What are matcha tea benefits?

Matcha, like other green teas, contains a class of antioxidants called catechins. Matcha is high in a catechin called EGCG (epigallocatechin gallate), which is believed to have cancer-fighting effects on the body. Studies have linked green tea to a variety of health benefits, like helping to prevent heart disease, type 2 diabetes and cancer, and even encouraging weight loss. However, it’s important to note that much of this research isn’t from clinical trials that show green tea causes a benefit. Instead, it’s largely from population-based studies, where researchers look at groups of people who drink green tea and compare their health outcomes to groups that don’t drink it. Studies have shown associations between tea and better health, but causation is not yet proven. Matcha is even less studied than brewed green tea.

Still, there have been some interesting findings. A 2014 study looked at 25 randomized controlled trials on the link between tea and blood pressure and reported that when people drank tea—especially green tea—for 12 weeks, their blood pressure dropped significantly. A 2011 study reported that drinking green tea appeared to be linked with lower levels of bad LDL cholesterol, but more research is needed. Because matcha is a type of green tea, they may share similar benefits, but there’s not enough research to make that claim.

How does matcha compare to green tea?

It also appears to contain more EGCG. ConsumerLab.com, an independent testing group, tested matcha products in 2015 and found that matcha provided 17 mg to 109 mg of EGCG per serving. By comparison, the average brewed green tea provides 25 to 86 mg per serving. While matcha powders contained more catechins per gram than brewed green tea, it was substantially more expensive: The lowest cost matcha powder was available at the time for $2.31 for 200mg of EGCG, compared to 27 cents for the same amount from brewed green tea. Compared to the powders, matcha in tea bags provides significantly less EGCG.

“Part of the whole aura [of drinking matcha] is that it’s an experience,” says Dr. Tod Cooperman, the president of ConsumerLab.com. “But you are paying a premium for that nice experience.”

“A good quality matcha is bright green and smooth. An average matcha will be yellow and grainy to touch—the tougher leaves of the tea bush,” says Cheadle. The quality of leaves impacts the taste. “A good matcha will not taste bitter at all; there will be a slightly sweet taste.”

Should you be concerned about lead in matcha tea?

Lead in green tea has been a concern. “Green tea is like a sponge for lead, ” says Cooperman. “It’s not surprising we have found over the years reasonably high levels in green tea.”

But ConsumerLab.com’s testing has found that even if lead is found in the leaves used in green tea bags, it doesn’t appear to be absorbed into the water. Cooperman says his team was concerned about lead content in matcha, because people consume the ground green tea leaves directly rather than in bags. However, their testing showed that among the six popular matcha brands they tested—DoMatcha, Encha Organic Matcha, Rishi Teahouse Matcha, Teavana Imperial Matcha, Kirkland Signature Green Tea and The Republic of Tea Double Green Matcha Tea—the powders were not contaminated by lead or other metals, and also did not contain pesticides. As of now, Cooperman says he doesn’t believe lead exposure is a risk in the matcha currently sold in the United States.

“You can ingest without worrying,” says Cooperman. “We haven’t tested every brand out there, but the premium brands we have tested have been clean.”

How do you make matcha tea?

Matcha powder and hot water should be whisked together. It’s recommended that you use a tea strainer to sift the matcha into a bowl to avoid clumps. Then, add warm water and whisk it. (Traditionally this is done with a called a bamboo whisk called a chasen.) The whisking creates a foamy tea that can be poured into your cup. Some people add the powder to other hot liquids, like milk, to make a bright green latte. Here’s a video of how to make traditional matcha tea.

Cheadle says she brings powders with her so she can shake it into a drink like water or a smoothie. It can also be added to other foods, like breads and pastries, for its color and flavor.

Are there side effects from matcha tea?

Drinking green tea and matcha are considered healthy and safe, but people sensitive to caffeine should be aware that both contain decent amounts of the stimulant. In 2016, the World Health Organization also linked the consumption of hot drinks, like coffee and tea, to a higher risk of cancer of the esophagus. However, the risk is much lower than the risk of cancer from other causes, like smoking. 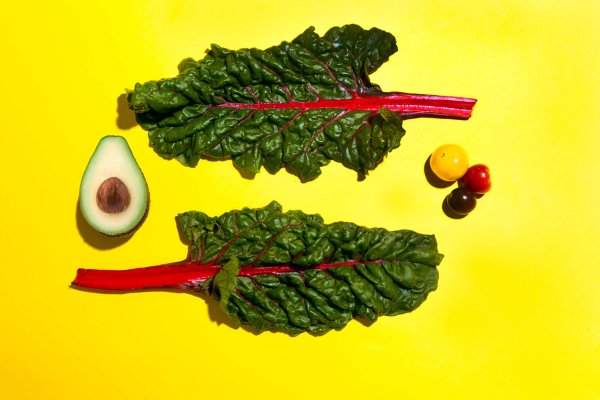 5 Dietitians on the One Nutrition Tweak You Should Make
Next Up: Editor's Pick