Car Slammed Into Pregnant Broadway Star as She Crossed the Street, Killing Her 4-Year-Old Daughter

Tony-winner Ruthie Ann Blumenstein, whose stage name is Ruthie Ann Miles, was hospitalized after being hit by a car on Monday.

According to NBC 4 New York, Blumenstein, who is pregnant, along with two other adults and two children were struck in an intersection in the neighborhood of Park Slope in Brooklyn. The two children, 4-year-old Abigail Blumenstein and 1-year-old Joshua Lew, were killed. Lauren Lew, mother of Joshua, and a 46-year-old man were also injured and hospitalized.

At around 12:40 p.m. local time, the driver of a white 2016 Volvo S60 — identified by news organizations as 44-year-old Dorothy Bruns — struck the pedestrians at the intersection of Ninth Street and Fifth Avenue. Bruns, according to The New York Daily News, claims to have suffered a seizure and has no memory of the crash. According to a statement provided to TIME by the New York Police Department, the investigation is ongoing, the driver is not in custody, and there are currently no charges.

In 2015, Blumenstein won a Tony Award for her role as Lady Thiang in a revival of The King and I. She has also had a role as Young Hee Seong in the television show The Americans. In February, Blumenstein performed in the musical Chess at the Kennedy Center in Washington, D.C.

The Broadway community, including Lin Manuel Miranda and Ben Platt, offered support and shared their condolences on social media.

GoFundMe campaigns have been set up for both Blumenstein and Lew and have raised over $177,ooo and $60,ooo respectively. 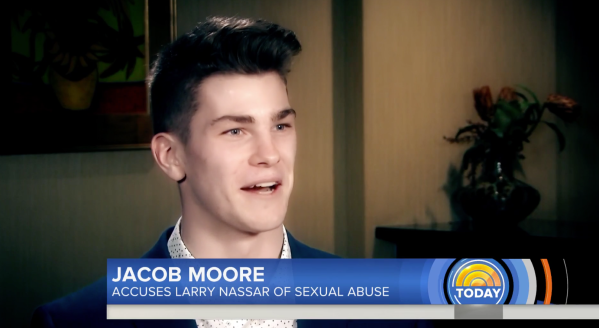 First Male Victim of Larry Nassar Speaks Out
Next Up: Editor's Pick