Emergency room visits for suspected opioid overdoses increased by about 30% across the United States between June 2016 and September 2017, according to new data from the Centers for Disease Control and Prevention (CDC).

The figures, included in the agency’s monthly Vital Signs report, suggest that the ravages of the opioid crisis, which claimed more than 42,000 lives in 2016, show few signs of letting up. “It does not respect state or county lines and is still increasing in every region in the United States,” Dr. Anne Schuchat, the acting director of the CDC, said in a statement.

The Northeast and Southeast, meanwhile, saw upticks of about 20%, while the Southeast saw a 14% rise. Increases in overdose-related emergency department visits were similar across genders and age groups, according to the report. Large cities, however, saw a particularly stark increase, at 54% compared to 21% in more rural areas.

A few states did report decreases, though most of those drops— like those in Massachusetts, New Hampshire and Rhode Island — were not considered significant. Only Kentucky, with a 15% drop, saw a statistically significant decrease in overdose-related emergency room visits, according to the report.

The Vital Signs report draws on emergency room data from both the CDC’s Enhanced State Opioid Overdose Surveillance Program, which tracks trends in 16 states that have been severely affected by the epidemic, and the National Syndromic Surveillance Program BioSense Platform, which incorporates data from 52 jurisdictions in 45 states. The variety of data points included in the analysis, according to the report, underscores the severity of the issue.

The spiking number of patients visiting emergency rooms also suggests that local hospitals and health centers could play a pivotal role in curtailing the effects of the crisis. Since many users overdose multiple times, emergency departments have an opportunity to help overdose patients access medication-assisted treatment, mental health services, the overdose reversal drug naloxone and other substance abuse prevention resources, according to the report. State and local health departments can also use emergency department data, which is often available much sooner than national-level statistics, to inform communities and lawmakers about the status of the opioid crisis on the ground. 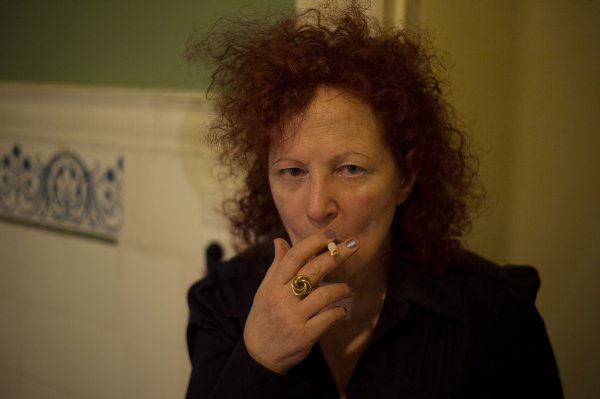 Nan Goldin: I've Turned My Opioid Addiction Into Activism
Next Up: Editor's Pick