Legal experts say a former Donald Trump campaign aide is courting jail time with a threat that he will not cooperate with a grand jury subpoena from Special Counsel Robert Mueller.

In interviews with several national news outlets, former Trump campaign aide Sam Nunberg said that he had received the request from Mueller’s office last Friday, along with requests for documents related to Trump and other campaign associates, but that he will not comply. In these interviews, Nunberg said he was largely defying the subpoena because the documents requested were too extensive, but also noted that the special counsel’s office would want him to testify against Stone, who reportedly exchanged messages with WikiLeak’s Julian Assange during the presidential campaign. “….What they sent me was absolutely ridiculous,” Nunberg told MSNBC’s Katy Tur on Monday. “They wanted every e-mail that I had with Roger Stone and Steve Bannon. Why should I hand them e-mails from November 1, 2015?”

The Special Counsel’s office declined to comment. But veterans of past investigations said that defying the order would be a disastrous legal strategy for Nunberg, who himself attended law school.

Solomon Wisenberg, an attorney who worked in the independent counsel’s office for the Whitewater investigation during Bill Clinton’s presidency, said Nunberg’s defiance was “laughable,” and that it was “virtually impossible” based on legal precedent for someone subpoenaed before a grand jury to argue the the request is too broad and have that request granted. “Its a loser almost always,” Wisenberg explained of that strategy.

However, both Wisenberg and Jack Sharman, who was the Special Counsel to the House Financial Services Committee for the Whitewater investigation involving President Bill Clinton, said there are avenues of negotiation Nunberg could pursue with Mueller to narrow the scope of the documents requested, even if he would not completely forego the request. But, Wisenberg said that Nunberg broadcasting his subpoena defiance would not help him in this matter. “If he thinks by acting this way its a strong negotiating position, he’s moronic,” he said.

Both Wisenberg and Sharman said that if Nunberg continues to defy the subpoena, or does not reach an agreement with the Special Counsel’s office he will be held in contempt of court and jailed, either until he agrees to testify or the grand jury expires — a prospect to which Nunberg seems amenably, at least publicly.

“I’m not cooperating,” Nunberg told Tapper. “If you want to arrest me, arrest me.”

Later on Monday, Nunberg told MSNBC’s Ari Melber that Mueller had offered him immunity, which is when a prosecutor agrees not to pursue charges against someone in order to receive information. But Wisenberg said that, if thats true, that just makes Nunberg’s defiance all the more baffling.

“He treated me like crap,” he told CNN’s Jake Tapper. However, he conceded that after being subpoenaed, he agreed with Trump the special counsel’s office was on a mission to undermine the President. “The President’s right,” Nunberg continued in his interview with Tur. “It’s a witch hunt and I’m not going to cooperate.” 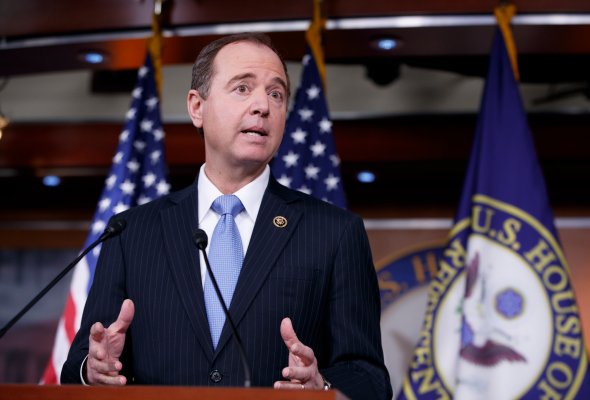