West Virginia’s Teachers Are Still on Strike. Here’s What That Means for Thousands of Students

Petra Vasale isn’t a science teacher, but she had five children making slime in her house on Monday — a makeshift science experiment aimed at getting them to think and keeping them entertained during a statewide strike by teachers who are calling for a pay raise.

Since the West Virginia teacher strike began on Feb. 22, shutting down public schools across the state, Vasale has put out an open invitation on Facebook every day, offering free babysitting for any parents who have to go to work and can’t afford day care. She has had as many as eight kids on a given day, including her 8-year-old daughter. It’s her way of supporting the walkout, which stretched into its ninth day on Tuesday and has kept more than 270,000 students out of school.

Vasale — a single mother who owns a cake shop in downtown Charleston, West Virginia — said she does her best to keep the kids at her house entertained with crafts, science experiments and outdoor games. “Of course, we all want this to end, but we want it to end in favor of our teachers. They’re taking a big risk and they’re putting themselves out there and fighting for the future of our state, which are these children,” Vasale said. “If they’re not paid what they’re worth, they’re going to leave. So I will watch these kids until the cows come home if I have to. I’m happy to do this.”

She is among many parents and students around West Virginia who are adjusting their schedules as the strike continues. Some have voiced frustration about the ongoing school disruption — and some kids say they miss their friends and teachers — but others have said they want to do what they can to support the strike in a state that ranks among the lowest in terms of teacher pay. Community members have given Vasale fruit, cheese sticks and pizza to help feed the kids while they’re at her house. On Monday, a local cafe delivered hot dogs, which she and the kids handed out on the steps of the state capitol, where thousands of striking teachers had assembled to protest the lack of progress on a pay raise.

Because Friday was Dr. Seuss’ birthday — a day students typically would have celebrated in school — Vasale’s group of kids made signs featuring his words and carried them to the capitol on Monday: “I know up on top you are seeing great sights, but down here at the bottom we, too, should have rights.”

“They understand. They get it, and it’s so great to see them side by side with their teachers on the capitol steps, doing the chants and fighting for what the teachers deserve,” she said.

Many community organizations and churches across the state have also stepped up to make sure students who typically rely on school lunches aren’t going hungry during the strike. Tara Martinez, executive director of Manna Meal in Charleston, said the nonprofit soup kitchen served 19 children last week, an increase from the three or four children they serve in a typical week.

She has spoken with her 6-year-old daughter about the strike, trying to explain why she’s not in school.

“I was explaining it to her and she brought her piggy bank in to me the other day and said, ‘Mommy, will this help our teachers?’” Martinez said. “It literally broke my heart that our kids — no matter how young they are — understand that our teachers love them and deserve more.”

Lawmakers from the state Senate and House will meet again Tuesday after failing on Monday to reach an agreement that meets teachers’ demands for a pay raise. West Virginia Gov. Jim Justice and union leaders agreed to a 5% pay raise last week. While the state House passed a bill that includes a 5% raise, the Senate passed a bill with only a 4% raise. Justice has urged legislators to come to an agreement quickly. “For crying out loud, we are putting our children at risk,” he said in a statement on Saturday.

Meanwhile, teachers have said they will continue to strike until a 5% raise is passed, and their supporters agree.

“Because of how much they do for us, it’s only fair for us to try to give back to them and show them that they’re not alone in this,” said Maxwell Stewart, a senior at Fairmont Senior High School in Marion County. “A lot of people think that we’re just enjoying time away from school, but it’s really not that. I would love to be in school.”

Stewart has been picketing outside his high school alongside his teachers and doing extra reading at home to continue preparing for his upcoming Advanced Placement exams in government and literature, sometimes asking his teachers on the picket line about the assignments and chapters he should work on next.

Stewart has considered becoming a teacher, and he would like to stay in West Virginia, but he fears that won’t be an option if the state laws don’t change to better compensate educators.

“I want to go back to school, but not until my teachers get what I think they deserve,” he said, adding that he thinks the value of the strike in the long run will outweigh any absences now. “A minor disruption now is not going to be the end of my academic career.” 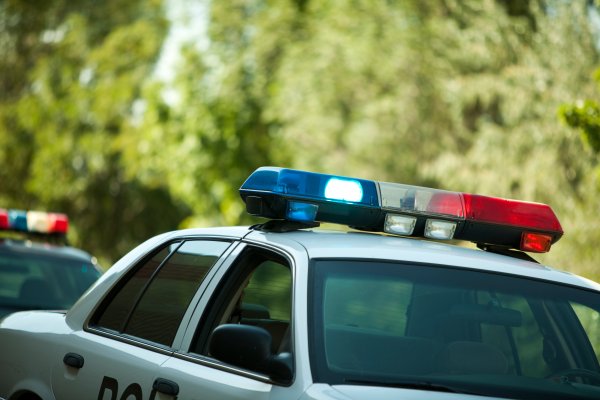