Today is a tears-of-joy day for emoji. In a move that reflects the changing nature of communication — and the evolving role of dictionaries — Dictionary.com has officially added explanations for these little pictorial symbols, becoming the first major reference to do so.

Including “these sorts of items” is a decision that the linguistic experts on staff have been mulling since Alphabet was still Google. Following a pilot project that tested out all kinds of unconventional material last year, the company made the move official on Tuesday, TIME can report exclusively.

As Dictionary.com can now make clear with authority, having researched this emoji with the same tactics lexicographers use when defining a new word, the eggplant emoji is a symbolic penis. The goat emoji is used as a stand-in for the acronym GOAT, meaning Greatest of All Time. And the upside-down face emoji may convey “silliness, sarcasm, passive aggression, or frustrated resignation.”

Dictionary.com is not trying to insist that emoji are words, though they can function like old-fashioned letter-blobs. The company has not even defined them, per se. Lexicographer Jane Solomon compares what they’re providing to usage notes, paragraphs found alongside definitions that give additional context about how and when a word is used. The explanations for the first batch of about 20 emoji are more conversational and informal than your traditional ˈdik-shə-ner-ē fare. They tellingly live on the editorial part of Dictionary.com’s website.

But this remains a legitimizing moment for something that grammarian snoots might like to write off as the gibberish of English-ruining millennials. “There’s a sophisticated linguistic system around how people are using emoji, and this is something that we take very seriously as people who study language,” says Solomon, who sits on the Unicode Consortium subcommittee that reviews proposals for new emoji. “These aren’t just a joke, these aren’t something that are silly or stupid. These are real ways that people are communicating with each other.”

As we’ve increasingly turned to conversing in texts and tweets and emails, we’ve lost a host of signals that English speakers use in-person to make meanings clear: furrowed brows, pointed fingers, mocking tones, shared physical environments. Linguist Gretchen McCulloch compares emoji to gestures, tools that allow people to recapture “that element of the body.” Research has found that among people who text or use messaging apps, more than 80% have used visual expressions like emoji or GIFs. Many people believe these provide needed clarity, and more than a third of millennials say such tools actually communicate their thoughts and feelings better than words do. But this abundance of Internet speak and signals can be hard to keep up with, as new meanings spread across the web at a speed that was unimaginable when lexicographers relied on filing cabinets.

Along with emoji, Dictionary.com has also added explanations for memes like “bye Felicia” (along with due warnings about cultural appropriation) and slang like “ctfu” that lexicographers would traditionally leave alone. There have always been more words than dictionary-makers have had the time or resources to define, and the common practice — especially for hallowed print legacy sources like the Oxford English Dictionary — has been to hold off on putting in that effort until A., a term has proven it has staying power, and B., the meaning of that word is pretty settled. That usually takes years.

On the other end of the spectrum are crowdsourced or unofficial references like Urban Dictionary and Know Your Meme and Emojipedia, which are extremely responsive to whatever is happening in the culture. The Dictionary.com team is careful not to look down their nose at such sites, emphasizing that these are “cherished resources.” At the same time, says Sliter, those outfits don’t dig into the “linguistic nuances” that they will and generally “don’t have the authority that we do.”

There is a market need here. In her research, McCulloch has found that people are loathe to ask others what an unfamiliar slang term means, likely for fear of looking uncool. Slang, in whatever form, exists to determine who is in the group and who is out of it, so there are social costs to admitting ignorance — and social risks to using a hashtag or emoji or meme without being sure of its connotations. (Just ask anyone who has posted an eggplant in their Facebook status update without knowing about its phallic suggestions.)

Dictionary.com, which has been digital since its founding in the mid-1990s, is positioning itself as an authority that can fill the middle ground: being more responsive to people’s needs than traditional dictionaries but using a more research-intensive process than the other guys. The editors chose which items they would define in this first batch by analyzing Google search trends as well as lookup data on their own site, identifying the most common slang words that were yielding “unmatched queries” for users. Out of the hundreds of officially recognized emoji, the team focused on popular ones that are used in figurative, metaphorical ways rather than obvious literal ones.

Solomon describes researching an emoji like she would research a word: she collects examples of how it is used “in the wild.” She scours commentary and meta-commentary. Emoji look different depending on what platform people are using, such as iOS or Android, and those platforms have also updated the look of their emoji over time. So while Solomon might dig into various spelling variations with a word, she reviews design variations with emoji. The meaning of an symbol like the pistol, she notes, can change depending on which way the gun is pointing — not to mention when Apple turns it from a realistic-looking gun into a water pistol.

This process can produce an explanation with a heap of context. For example, Emojipedia explains the folded-hand emoji as something that means “thank you” in Japanese culture and can also refer to prayer. The Dictionary.com explanation begins by noting that this image can convey “gratitude, spirituality, and hopefulness. It may also be representative of pleading, asking for something, or desiring an outcome. Some users see it as a high-five on certain devices where only the two hands are shown. On other devices, the entire upper half of a person is visible.”

The team at Dictionary.com knows there is a risk in wading into this territory. After all, slang gets less cool when more people know what it means, just like a joke gets less funny when you explain it. And while lexicographers aim to create definitions for words that are built to last, they know they’ll have to update these summaries as meanings continue to shift (and that some of the items they’re taking time to explain will fade out of the culture altogether). “The Internet,” as some like to anthropomorphize Twitter and the like, is bound to mock or disagree with official pronouncements on the meaning of the organic, irreverent things that make up its language. But Solomon and Sliter say they welcome the inevitable criticism, believing it will only help improve their work. And they say that the company is putting together an important historical record in the meantime.

This move is “about acknowledging and validating that there are a myriad of ways to communicate, probably more now than ever before,” says Sliter. “We’re at a point now where there’s enough of this type of communication that we need to chronicle it. We have this critical mass of emoji and slang and memes and acronyms. It’s time for someone to put it down on paper and say ‘Here’s what it means today.'” 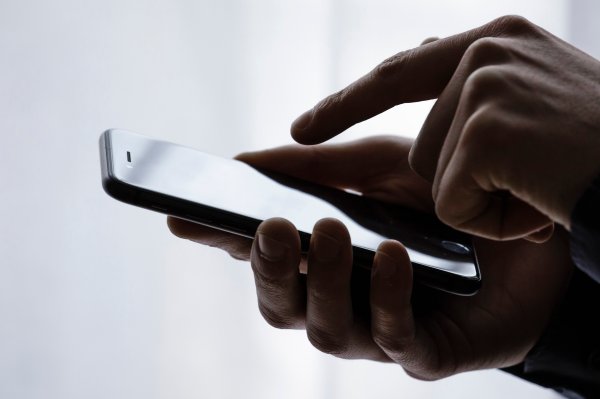 No, There Isn't Really an 'Anti-LGBT' Emoji. Here's What People Are Actually Seeing
Next Up: Editor's Pick