The stage at the 90th Academy Awards was totally bedazzled, making everyone who appeared onstage look like they were standing inside a glittering ice cave.

According to the Los Angeles Times, the Oscars stage was designed to look like the inside of a geode, with a 10-ton proscenium dotted with 45 million crystals.

The sparkly stage had many fans…

…and prompted several jokes about cave metaphors and Frozen. 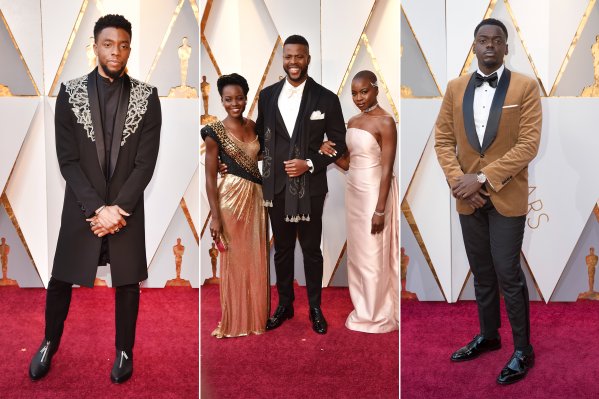 Black Panther Stars Took Over the Red Carpet at the Oscars Like Wakandan Royalty
Next Up: Editor's Pick