Rita Moreno turned to her own closet when it came time to finding a dress for the 2018 Academy Awards.

The star, who celebrated her 86th birthday in December, recycled the dress 56 years after she wore it to the 1962 Oscars, where she won Best Supporting Actress for her role as Anita in West Side Story. And this time she made one major modification to the neckline turning it into a strapless design with back velvet gloves.

“This is a 56-year-old gown that I wore when I won my Oscar in 1962. This is the dress. It’s been hanging in my closet and I go and stroke it now and then. I just love — it was an amazing night,” she shared on the red carpet of the design. “They didn’t have a red carpet then, it was so different.”

The actress revealed on the red carpet that she didn’t expect to win for her role in West Side Story that year.

“I thought Judy Garland would,” she said, adding that she wishes she included more in her quick acceptance speech. “I would like to add about 40 different things. Mostly I wish I had accepted on behalf of my people that would have been so wonderful, but I swear it was so unexpected.”

So what’s the secret to Moreno’s youthful age-defying attitude and youthfulness? Mind tricks.

“I write with my left hand even though I’m right-handed, I walk backwards in a very safe place — anything that engages your brain,” she told PEOPLE in 2017. “I’m so damn lucky to still be here at 85. If I get a hangnail, I don’t dare complain! Life is good. I wake up humming.”

She also follows a very simple skincare routine that has worked for her her entire career.

“People don’t like to hear what I have to say, [but] it’s bare minimum,” she revealed. “I don’t do anything except keep my skin clean [with Cetaphil skin cleanser] and moisturized [with Kiehl’s Ultra Facial Moisturizer SPF 30] and they want to smack me. They say ‘It’s not fair!’ I really sympathize with them, but I don’t have any problems with my skin.” 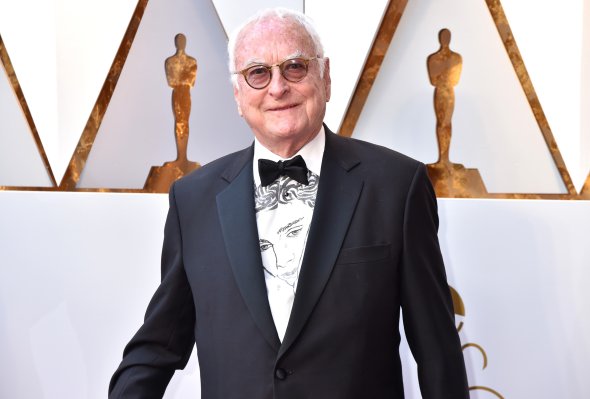 James Ivory’s Timothée Chalamet Shirt Is the Best Part of the Oscars Red Carpet
Next Up: Editor's Pick