Alec Baldwin reprised his role as President Donald Trump on this weekend’s episode of Saturday Night Live, and he didn’t hold back. The actor called out hot-button issues like gun control and the hasty departure of White House Communications Director Hope Hicks.

“Tonight I am here to bring you a message of healing and a show of unity,” he said, reading off a note card, a move the president received no shortage of criticism for in real life. “I hear you and I care. Rent ‘Lego Ninjago Movie.’ Sorry, Eric scribbled some notes on there, too.”

Baldwin-as-Trump continued: “We have to take a hard look at our mental health, which I have so much of. I have one of the best mentals.”

He also joked that the U.S. should consider taking guns away from everyone, “even whites,” and said Feinstein hadn’t been as excited at the prospect of anything since “women were allowed to get jobs.”

Not one to miss getting in a jab at the White House and its staffing disarray, Baldwin likened Hope Hicks to Ivanka Trump.

“She’s like a daughter to me. So smart, so hot. You know, I hate seeing her go but I love watching her walk away,” he said. “Jared Kushner’s basically the hottest chick left in the place.”

The actor’s performance as Donald Trump comes on the heels of a Twitter fight with the actual president himself, who insulted Baldwin’s acting chops, tweeting that his “dying mediocre career was saved by his terrible impersonation of me on SNL.”

The NBC variety show, which was on a monthlong hiatus because of the Winter Olympics, was hosted by former NBA player Charles Barkley, with Migos performing as the musical guest.

Most Popular on TIME
1
Who Should Be TIME’s Person of the Year for 2020? Vote Now
2
What to Know About Hillbilly Elegy
3
The 10 Best Nonfiction Books of 2020 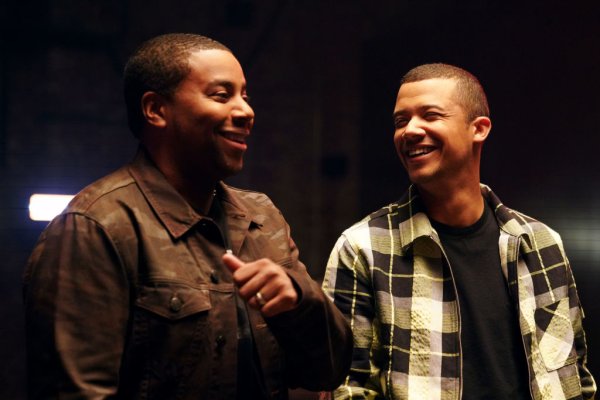 Watch <i>Saturday Night Live</i> Try and Fail to Pay Tribute to <i>Game of Thrones</i> on Season Finale
Next Up: Editor's Pick