Rick Ross was found unresponsive in his Miami home Thursday, according to a police report.

The report, obtained by People Magazine, said a person matching the rapper’s description was found “unresponsive,” “breathing heavy” and “slobbing out the mouth” at about 3:30 a.m. Emergency medical support was reportedly called and Ross became “combative” with medical personnel.

No further information has been confirmed, though there are reports the rapper suffered a heart attack and is on life support, which Ross’s family has denied.

In 2016, Ross told Men’s Health he changed his lifestyle to incorporate better eating and exercise after suffering two seizures within 6 hours of each other in 2011. Rapper Fat Trel wrote on Instagram that he spoke with Ross’s family who said he was in the hospital but not on life support.

Celebrities have responded to the reports that Ross is in the hospital by sending their support.

Social media users also pointed out that rapper 50 Cent posted a picture on Instagram of Ivan Drago from Rocky IV from the scene where Drago stands over Apollo Creed dying and says, “If he dies, he dies.” Some users interpreted the post, which was not captioned, as being aimed at Ross. 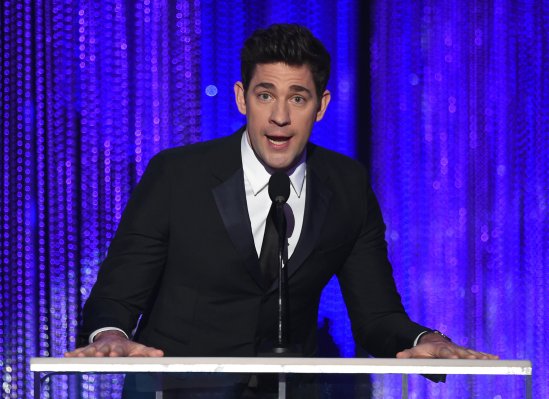 John Krasinski's Advice for Men Who Aren't Sexually Harassing Women: 'Don't Pat Yourself on the Back'
Next Up: Editor's Pick