Investment in renewables like solar and wind is down, but their share of global power is up
Sean Gallup—Getty Images
By Bryan Walsh

On the surface, the new numbers on the global renewable energy industry in 2013 do not look good for the planet. Investment in renewable energy fell 14% in 2013 to $214.4 billion, according to a new report from the Frankfurt School-UNEP Collaborating Centre for Climate and Sustainable Energy Finance, the United Nations Environment Programme (UNEP) and Bloomberg New Energy Finance. And that comes after a year when renewable energy investment was already falling—it’s now down 23% from the record investment levels seen in 2011. Given that recent reports from the Intergovernmental Panel on Climate Change (IPCC) underscore the desperate need to increase the shift from fossil fuel to low-carbon power sources like solar or nuclear, the two-year investment decline is not good news.

But looking at the numbers more closely tells a brighter story. It’s true that investment in renewable energy has been falling, but that’s chiefly due to the rapidly falling cost of solar photovoltaic systems, according to Michael Liebreich of Bloomberg New Energy Finance. The average price of installing a solar panel has dropped by 60% in the U.S., which means that less money can buy more solar power. Globally, renewable energy aside from large hydro plants accounted for 43.6% of all new power capacity added last year—the same as in 2012—which translated to 81 gigawatts. That raised renewable energy’s share of total power generation from 7.8% to 8.5%.

On top of that, more clean energy companies can draw funding from public equity—a stock market index of clean tech companies was up 54% in 2013. And the biggest drop was in a form of energy—biofuels—that’s looking less green every year. Even with investment down, the shift towards a world powered by low-carbon sources hasn’t stopped. “The onward march of this sector is inevitable,” said Liebreich at a press conference Monday morning.

The biggest change on the global stage was in Europe, where investment was down 44% from the year before (U.S. investment fell by 10%). Some of that drop is due to the delayed effects of Europe’s economic slowdown, which led countries like Spain and Bulgaria to make retroactive cuts to subsidies for existing renewable energy projects, which killed off investment altogether. Renewable energy remains heavily subsidized in most of the world, which makes it extremely vulnerable to policy uncertainty. “For the last few years there has been enormous policy uncertainty, even in the heart of Europe,” says Leibreich. “We’re at a point where there will be a lot of regulatory cleanup.”

There are even some caveats to the caveats. Those 81 GW of wind, solar and other renewables added to the global grid last year is in terms of power capacity, not actual generation. Because wind and solar are intermittent—they generate power when the wind blows and the sun shines—they actually generate far less energy in practice than their listed capacity. In the U.S., the capacity factor for renewables—excluding hydro—was 33.9%, compared to 63.8% for coal and 90.3% for nuclear. Until we figure out how to balance out the renewable sources—either through cheap energy storage or through more advanced power grids—clean energy will often need to be supported by dirtier power sources.

Still, renewable energy is poised to become an ever bigger part of the global energy picture—though perhaps not as fast we need if we’re to stave off the worst effects of climate change. We’ll need not just more investment in new wind and solar plants, but also in the sort of research that will yield breakthrough technologies that can change the rules of the energy industry (More nuclear, by far the biggest source of near zero-carbon power in the U.S., would help as well). This is a power shift that is just beginning. 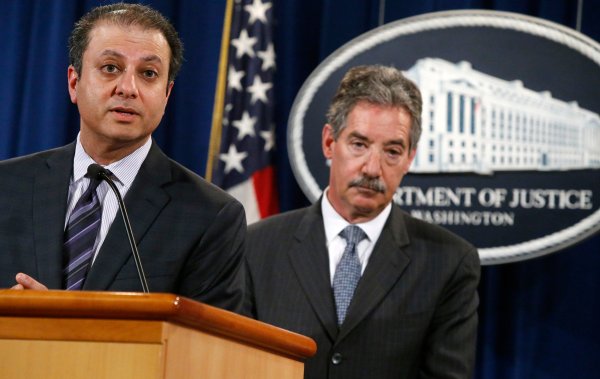 Energy Company to Pay $5.15B in Settlement
Next Up: Editor's Pick