This Was a Crazy Week for the White House

Donald Trump’s White House has seen no shortage of tumult and turnover in its first year, but this week was even more tumultuous than usual.

In the course of just a few days, President Trump lost one of his longest-serving aides, saw his son-in-law’s power dramatically reduced and battled rumors that other key resignations are to come. In the midst of all of this, Trump scrambled to announce policies on gun control and trade, and lashed out at everyone from Attorney General Jeff Sessions to actor Alec Baldwin.

The current set of staffing issues also seems more likely than some past changes to affect how the White House actually runs in the long term.

Here’s a look at the major instances of staff drama in the White House this week.

News broke in the New York Times on Feb. 28 that Hope Hicks had decided to resign as communications director. While the White House has already chewed through multiple people in that position, Hicks’ departure will hit the West Wing— and Trump personally— the hardest. The 29-year-old had been with Trump since the beginning of his campaign, becoming one of his most reliable and influential supporters. “I cannot over-state how important Hope is to keeping this thing together,” one West Wing official told TIME’s Philip Elliott. “She really is one of the only people who has the President’s trust and respect.”

The announcement of Hicks’ exit came one day after she testified for about nine hours in front of the House Intelligence Committee, during which she admitted to telling white lies for Trump, according to the New York Times, though she has reportedly been saying her White House exit doesn’t have to do with the Russia investigation.

Jared Kushner became the highest profile victim in a White House security scandal when he was told, along with other staffers operating at a Top Secret/SCI interim clearance, that his clearance would be downgraded. Losing top secret clearance will likely be especially damaging to senior adviser Kushner, who Trump has entrusted with delicate national security and foreign policy projects, including placing him in charge of brokering peace in the Middle East.

“It would be very difficult for him to handle the portfolios that he has reportedly been assigned,” says Laura Terrell, clearance counsel under President George W. Bush. “For someone like Jared Kushner with a very broad remit … it’s very hard to conceive of how he could functionally do his job.”

The security clearance sweep came weeks after Rob Porter resigned as staff secretary amid allegations of domestic abuse, which exposed the fact that he’d been working in a crucial White House position for more than a year on an interim security clearance. (He denies the abuse.) Chief of Staff John Kelly ordered a crackdown on interim clearances last week.

NBC reported on March 1 that the Trump Administration is set to replace National Security Advisor H.R. McMaster in the coming weeks. The White House quickly denied the report, with Principal Deputy Press Secretary Raj Shah saying, “We frequently face rumor and innuendo about senior administration officials. There are no personnel announcements at this time.”

Trump and McMaster have reportedly clashed in recent weeks. Last month, McMaster said in Germany that Russian meddling in the 2016 election was “incontrovertible,” and Trump rebuked him on Twitter, writing, “General McMaster forgot to say that the results of the 2016 election were not impacted or changed by the Russians.”

Gary Cohn, Trump’s chief economic adviser, threatened Chief of Staff Kelly that he would resign if the president imposes tariffs on steel and aluminum imports, the New York Times reports. After wrangling and uncertainty over what Trump would decide to do, he announced on Thursday his intention to impose the tariffs. Now Cohn is waiting to see if he actually follows through, according to the Times.

This isn’t the first time Cohn has been on the brink of leaving the White House. In the wake of Trump’s equivocal response to white nationalist rallies in Charlottesville, Virginia last summer, Cohn told the Financial Times he felt “enormous pressure” to resign, and the New York Times reported that he even drafted a resignation letter. 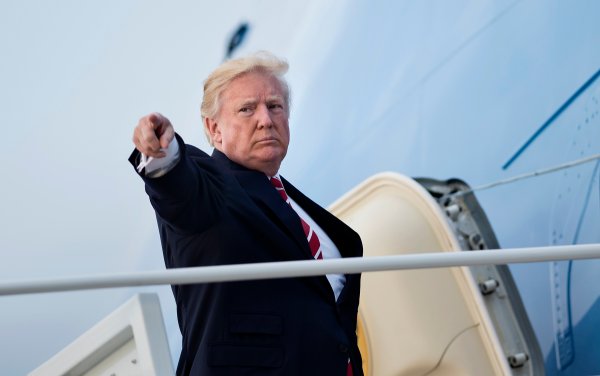