President Donald Trump says his proposed aluminum and steel tariffs are about putting America first, but they may affect all kinds of products people in the U.S. consume or use daily — from Bud Light to Hershey’s Kisses to Mac computers.

While the metal levies would hit the auto and aerospace industries hardest, they have ramifications for a wide range of businesses, including items consumers purchase significantly more frequently. Beer, soft drinks, candy, canned soup and even pharmaceuticals rely on aluminum for cans, wrappers and blister packs, and many electronics include the metal. Containers and packaging make up about 18 percent of aluminum consumption in the U.S., according to Bloomberg Intelligence.

Higher costs would force the companies that make those products to cut jobs and increase prices for shoppers, according to Matthew Shay, chief executive officer of the National Retail Federation.

“When costs of raw materials like steel and aluminum are artificially driven up, all Americans ultimately foot the bill in the form of higher prices for everything from canned goods to automobiles,” he said in a statement. “These tariffs threaten to destroy more U.S. jobs than they will create.”

Trump said Thursday the U.S. will impose tariffs of 25 percent on imported steel and 10 percent on aluminum for “a long period of time.”

Molson Coors Brewing Co. and Anheuser-Busch InBev NV, the largest brewers in the U.S., urged the Trump Administration not to follow through with the proposal.

“About 2 million jobs depend on America’s beer industry. We urge the Department of Commerce and U.S. President Trump to consider the impact of trade restriction tariffs,” Felipe Dutra, AB InBev’s chief financial officer, said on a call with analysts.

There simply isn’t enough can sheet aluminum available in the U.S. to satisfy demand, MillerCoors, the U.S. division of Molson Coors, tweeted. Demand for tinplate steel was 2.1 million tons in 2016, while domestic supply was only 1.2 million tons, according to the Can Manufacturers Institute, a trade organization.

Trump said the tariffs are important for national security. MillerCoors disagreed with that argument in another tweet: “The Department of Defense recently reported that aluminum does not cause any national security issues.”

The widespread impact of Trump’s tariffs has created enemies of the policy even within the Republican Party. Representative Charlie Dent of Pennsylvania voiced particular concern for Hershey Co., which uses aluminum for packaging sweets such as its Kisses chocolates.

The details of Trump’s plan aren’t yet clear, and how the tariffs are implemented will determine just how widely they affect American products. Take Apple Inc., which has many of its gadgets assembled in China, including phones with aluminum or steel edges. If the levies only apply to raw materials, the effect on Apple would be minuscule, since the company produces only a small portion of its Macs in the U.S., according to Gene Munster of Loup Ventures.

If the tariff includes finished goods, Apple’s Mac and iPhone costs could go up by as much as 0.2 percent, assuming the tax is a percentage of the metal components of Macs and iPhones, Munster said. Apple declined to comment.

“I don’t see much of an increase in costs,” said Jun Zhang, an analyst at Rosenblatt Securities who follows Apple and other electronics companies. “It’ll just increase the trade wars between the U.S. and China, but there won’t be much impact on the technology itself.” 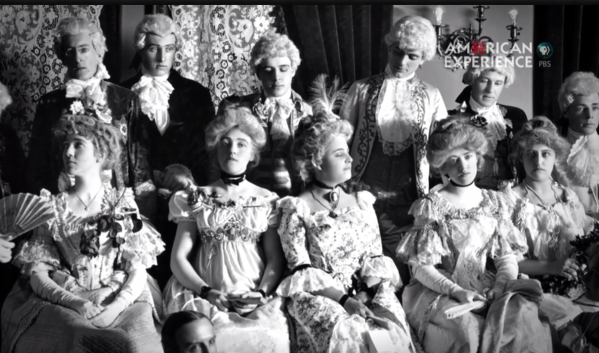 How American Inequality in the Gilded Age Compares to Today
Next Up: Editor's Pick