My interest in the armed forces started when I was about five years old. My mom would take my sister and me to football games, primarily at the U.S. Naval Academy. She wanted us to be surrounded with activities that both men and women were involved in. My dad wasn’t around a lot so she knew that we were missing male role models.

The Naval Academy midshipmen and the U.S. Military Academy cadets march onto the field before the games start. At a very young age I was attracted to the organization of the units and how cool it looked on the field. During one game, I asked my mom if I could lead one of those formations one day. Last year, as First Captain — leader of the Corps of Cadets at West Point — I did.

Coming into the Military Academy where the ratio is about 80% men to 20% women didn’t have a huge impact at first. I was blessed to have great mentors who really encouraged and empowered me. But now that I’m in this high visibility role, the impact those numbers have is clearer to me. I see how the imbalance affects the dynamics not only between men and women at the academy, but also between the women here. Because we’re such a small minority there is a sense of having to compensate for what people might think is an inherent weakness or deficit. Physical fitness is very important in the Army; that’s how your unit, your peers, your superiors will assess your capability to perform in a combat environment. There is an element of women having to perform above and beyond, just to dispel any beliefs that we aren’t physically capable. I need to be on the top of my game.

That feeling of being acutely aware of my gender is most apparent when I receive criticism from people who don’t know me. You just have to wonder, if they have no idea who I am and have never met me to assess my weaknesses or my strengths, why are they so angry about my achievements? But I never saw my race or gender as a roadblock to me being selected or even for me being competitive as a First Captain candidate. I resolved in elementary school that if someone didn’t like me because of things I couldn’t change, then that was their problem. When the Commandant of the Corps of Cadets told me that I had been selected, the first thing he said was people will say this is about your race and gender, whether they’re celebrating you or trying to bring you down, but that is not the reason you were selected. So while it’s great to see headlines of me being the first, it’s also true that I wasn’t chosen to be the first. I was chosen to be the First Captain.

Throughout my time in the First Captain role, there have been moments when I’ve tried to form myself or change myself into what I thought would be the ideal version of Simone. Whether it was for the affirmation of others, or to fit into the perfect model, either of First Captain or Rhodes Scholar, or student, or officer, whatever it may be. The moments that I grew and learned about myself the most were when I took the time to ask myself what I wanted to do and what I was passionate about — not concerning myself with what other people thought I should do. If I could share anything it’s that it’s great to work towards accolades and to have goals for your life, but don’t ever lose what you’re interested in. If you’re able to find that and really emphasize and commit to it, you can have a huge impact. And the accolades will come.

Askew is slated to graduate from West Point in 2018 and plans to study at Oxford University as a Rhodes Scholar. 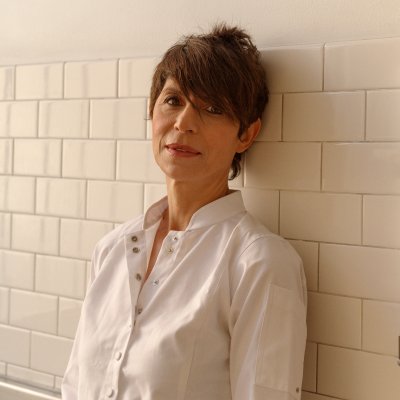 Dominique Crenn
Next Up: Editor's Pick