‘Being the first just makes you realize they have a long way to go.’

Both of my parents came from farming families in Brittany, France. I spent a lot of time on the farm during the holidays and was fascinated by the connection with the soil and earth. My dad’s best friend was a food writer and critic, so I was very lucky to eat in beautiful Michelin-starred restaurants growing up. Food is a huge part of French culture, so my mom and grandmother were both great cooks. My mother used to take me to the farmer’s market every week. When we were cooking together, it was not about learning a recipe — it was about the story behind the recipe. She spent hours and hours in the kitchen, and I loved being there with her. But no one in my family did it professionally.

As a young girl, being a chef did not cross my mind — I wanted to conquer the world. I wanted to play with my brother and the boys. I wanted to be a famous photographer. I also wanted to be a police detective — I was obsessed with Starsky and Hutch, and I wanted to fight and to make sure justice was at the forefront of my life. I was a ballerina for a while, too. It’s about movement and connecting with people and caring about other people. And photography is all about catching a moment in time, telling stories and capturing emotion. What I’m doing now is basically the same thing except that I’m painting on the plate.

Early in my career, I was told I shouldn’t try to work in a kitchen, that I should consider serving or managing instead. It was a sad narrative that was given to me, and it came from a society that didn’t know better. Women always cook in the kitchen, but to think a woman could be a chef was like, “No, there is no way. It’s too long. It’s too hard.” You have to really look at yourself and say, “You know what? I’m going to do it on my own, and I’m not going to let anyone to tell me yes or no.”

I never doubted myself when I opened my first restaurant. You’ve got to give 100% of yourself until you know you’ve done it. But it was still a struggle. I opened Atelier Crenn in 2011, coming out of a time of crisis. Nobody wanted to invest — and people told me they didn’t trust that as a woman I could carry it off. But I had a vision and I had to try, and I made it my mission to stay positive. Seven years later, I’m still here — and I’m expanding. We’re doing a series with 12 women chefs at my second restaurant, Petit Crenn, this year. The tickets sold out in two minutes. It’s not a trend. We’re here to stay, and we need to continue to push.

I don’t know why it took them so long to give female chef two Michelin stars in the U.S., but awards are just awards, and it’s what you do with that recognition that defines who you are. Every day you’ve got to go back to work and make sure the restaurant is busy. Being the first just makes you realize they have a long way to go. There are many amazing chefs in this country who are women, and I don’t know why they’re not getting recognized.

The industry needs to change. A critic was once quoted saying that I’m successful because I’m attractive and charismatic and cook like a man, whatever that means. I was shocked by the words and shocked they were published. The culture is toxic, and sexism has been a part of people’s lives without them perhaps even realizing. Change also has to come from within with us, as women. We have to understand that we are good enough. I was surprised that so many women did not support a female candidate in the 2016 presidential election. But I realized that we are so scared about our own gender, too, so scared to fail. We need to find a place where we can be safe again — with everyone.

We have to work very hard to undo the things that we’ve done so badly. I look at children as the light at the end of the tunnel. We have a responsibility to make sure that what we’re doing now will carve the way for them to live in a better world. My daughters love to cook, but more than that I hope I provide them an example of how to be a badass — and how to be kind, to be respectful, to ask questions and be curious, to understand there are others in this world, to be a good listener and to be a good leader.

As of November 2018, Crenn is also the first woman to receive three Michelin stars in the U.S. 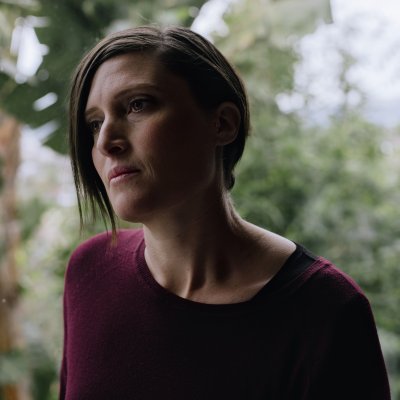 Rachel Morrison
Next Up: Editor's Pick