Facebook Inc. wants to set the record straight: presidential candidate Donald Trump spent slightly more per ad on the site than his rival Hillary Clinton did ahead of the general election in 2016.

The revelation comes after a former employee wrote an article for Wired that posited a theory: since Facebook ads are sold through a bidding system, and Trump was targeting people in more rural areas, he likely paid less per ad to reach those people. That prompted a tweet from Brad Parscale, the Trump campaign’s digital director in the 2016 campaign, who was quick to take credit for the efficiency and claiming that he was sure their ads were at least 100 times cheaper. Clinton said the unfair nature of the system needed to be analyzed.

But from June to November 2016, Trump actually spent slightly more for reach in most of those months, according to a chart tweeted out Tuesday by Facebook executive Andrew Bosworth. The chart was released “after some discussion,” Bosworth said.

“Prices depend on factors like size of audience and campaign objective. These campaigns had different strategies,” he tweeted. “Given the recent discussion about pricing we’re putting this out to clear up any confusion.”

Facebook clarified that Bosworth’s chart only counted price of ads based on the number of people those ads were guaranteed to reach. The ads could have spread further for either campaign by users naturally sharing them with their friends, making them cheaper by other measures.

Parscale was named Trump’s campaign manager for his 2020 re-election bid. 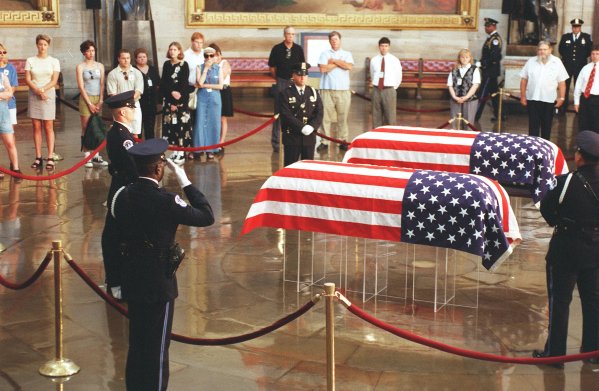 Billy Graham Will Be the Fourth Private Citizen Ever to Lie in Honor at the U.S. Capitol
Next Up: Editor's Pick