Using Your Phone At Dinner Isn’t Just Rude. It Also Makes You Unhappy

Elizabeth Dunn and Ryan Dwyer, two researchers from the University of British Columbia in Canada, couldn’t help but notice a trend.

“You see people in restaurants all the time who are sitting across the table from each other, and instead of staring at each other, they’re staring at their phones,” says Dwyer, a doctoral candidate in psychology. “We were really curious: Is it having an impact on people’s social interactions, how much they’re enjoying the time they’re spending with other people?”

The short answer, they found, is yes — and not for the better.

Phone use during a meal led to a modest but noticeable decrease in diners’ enjoyment, according to their research, which was published in the Journal of Experimental Social Psychology and will be presented at the Society for Personality and Social Psychology’s annual convention on Friday. Technology at the table caused people to feel more distracted and less socially engaged, leading to a drop in enjoyment equivalent to half a point on a seven-point scale, explains Dunn, a professor of psychology and the study’s senior author.

“[Phones] do make a difference,” Dunn says. “But it’s a small enough difference that you could easily overlook it and not even necessarily realize how phones are altering your experience in subtle ways during social interactions.”

The researchers asked 300 people to go out to dinner with friends or family, with the intention of studying how phone use affected the experience. But the researchers did not want people in the study to be aware of that goal.

To disguise the study’s intent, the researchers told half the group that they’d receive a study-related question by text at some point during the meal, so they should keep their devices on the table. The other half thought they’d answer the question on paper during the meal, and were told to put their phones away as part of a longer list of study directions.

Afterward, both groups answered questions about their enjoyment, phone use and overall dining experience. Their responses showed a clear dip in pleasure among the phone users — who, just by virtue of having their phones on the table, ended up using them for an average of 11% of the meal.

The effect appears to transcend dinnertime, too. In a second experiment, the researchers texted survey questions to more than 100 people five times a day for a week. Each time, people were asked about their emotional state and what they’d been doing in the last 15 minutes. If they had been on their phone while having a face-to-face interaction, they enjoyed the interaction less than people who had been face-to-face with another person without a phone, the researchers found.

Kicking a tech addiction can be tough; even after conducting the study, Dunn says she still finds herself tempted to respond to a text or two at the table. But the results emphasize how important it is to unplug around friends and family, Dwyer says.

“Phone use can be a bit of a habit. You’re used to pulling your phone out and looking for new notifications,” he says. “Have a rule that if you’re going to go out to dinner with some friends or family members, you’ll put your phone on silent and leave it off the table. Try to stick to these rules so you can form new habits.”

If you can resist the lure of your device, Dunn says, you may actually enhance your experience in a few ways.

“Phone use may be contagious. People are more likely to use their phones when others around them are also using their phones, so that suggests there may be this sort of domino effect,” she explains. “By putting your own phone away, you might be creating a positive domino effect.” 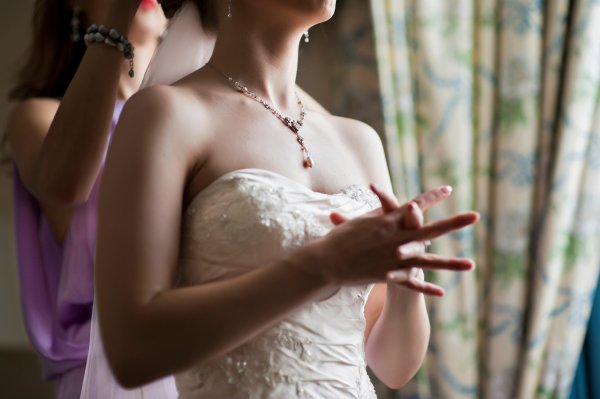 Why People With Anxiety May Have Better Memories
Next Up: Editor's Pick