Kim Jong-Un Traveled With a Fake Passport to Apply for Western Visas: Report

North Korean leader Kim Jong-Un used an illegally obtained Brazilian passport to apply for visas to western countries in the 1990s, according to European security services sources quoted by Reuters.

The news agency published a photocopy of two Brazilian passports reportedly used by Kim Jong-Un and his father, Kim Jong-Il, issued by the Brazilian embassy in Prague in 1996. Itamaraty, Brazil’s foreign ministry, said it was investigating the case. The justice ministry declined a request for comment. Calls to the North Korean embassy in Brasilia went unanswered.

According to the documents in the Reuters story, Kim Jong-Un travelled under the alias of Josef Pwag, who was born in Sao Paulo in 1983. Kim Jong-Il apparently used the name Ijong Tchoi. Before the introduction of digital security measures, Brazilian passports were popular on the global black market due to the Latin American country’s ethnic diversity and political neutrality. 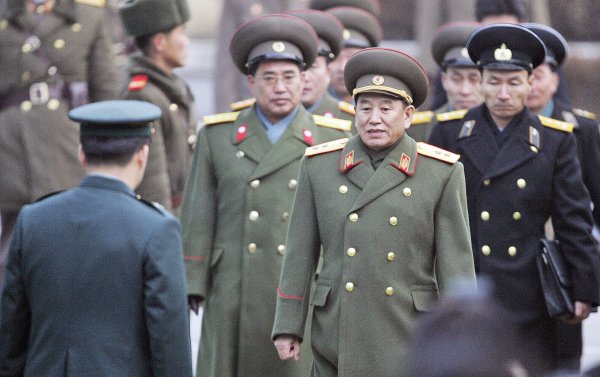 North Korea Is Sending Military Hardliner Kim Yong Chol to the Olympic Closing Ceremony. Here's What to Know
Next Up: Editor's Pick