Carter Page makes a presentation during his visit to Moscow on Dec. 12, 2016.
Artyom Korotayev—TASS/Getty Images
By Terrence Dopp / Bloomberg

The U.S. government interfered in the 2016 presidential election more than Russia did, according to Carter Page, a former foreign policy adviser to Donald Trump’s campaign who has become a central figure in the special counsel’s election meddling probe.

“All the evidence I’ve seen so far,” Page said during an interview with CNN Tuesday morning, “indicates that there was much more interference by the U.S. government compared to the Russian government.” He didn’t offer any specifics in the interview.

Page said during the often combative interview that there wasn’t real evidence that the Russians were responsible for hacking the Democratic National Committee computer servers during the 2016 presidential campaign because they were examined by outside consultants and not the Federal Bureau of Investigation.

In addition, he argued that the money spent by the Russian government to push “fake news” or misinformation was dwarfed by the money the U.S. government spends through such outlets as Radio Free Europe, which he said has a budget of about $100 million a year.

A memo released Saturday by Democrats on the House Intelligence Committee said that the FBI had “compelling evidence and probable cause to believe Page was knowingly assisting clandestine Russian activities in the U.S.” The memo, written to rebut an earlier GOP memo, said that Page has been targeted for recruitment by a Russian intelligence officer, although the date of the effort was redacted.

Fact-Checking the Dueling Memos on Alleged Bias in Russia Probe

Although Page said Tuesday he wouldn’t discuss whether he had been interviewed by Special Counsel Robert Mueller’s team with regard to the Russia election meddling allegations, he did say he has been “interrogated over 30 hours in total by both the executive branch and the legislative branch.”

Page has become a central figure in the probe because the FBI obtained warrants to surveil him during the campaign, leading to possible evidence being used in the investigation into whether the Trump campaign colluded with Russia to undermine his opponent, former Secretary of State Hillary Clinton.

Your Guide to Understanding the Trump-Russia Saga: QuickTake

Republicans, led by House Intelligence Chairman Devin Nunes, argue officials relied primarily on an unverified dossier prepared by former British spy Christopher Steele to obtain a surveillance warrant on Page. Democrats, led by that panel’s ranking member Adam Schiff, argue it served as one piece of a larger picture used to justify placing him under surveillance.

The Democratic memo said that the Page surveillance warrant was renewed several times because it produced “important investigative information and leads.”

“I think it’s a clean-up act a little bit,” Page said when asked why authorities decided to investigate him. “They went down this path thinking that Mrs. Clinton was going to win. Now they’ve got to find something.”

He said he was a target for surveillance rather than other campaign officials because of a July 2016 trip he took to Moscow to give a speech, which he maintained was not improper.

“If they want to start this Russia collusion theory, what better way of doing that than having a photo of someone actually in Moscow in 2016?” he said.

Page said he never colluded with Russia or tried to help the Russian government with the Trump administration. He said he tried to keep a low profile during the trip although acknowledged that as a Trump adviser that “it seemed like there was a possibility that someone would try to pin something on me.” 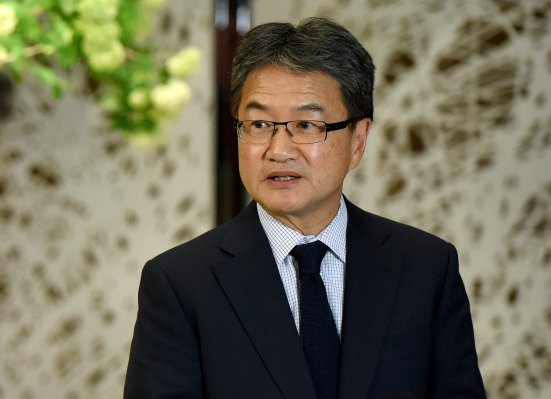