Ryan Seacrest made no mention of new sexual harassment allegations against him, steering clear of the issue Tuesday on his show, Live With Kelly and Ryan, his first television appearance since the allegations emerged.

Neither Seacrest nor his co-host Kelly Ripa referenced the allegations in their opening monologue. Instead, they discussed teeth whitening procedures and the Instagram account @CommentsByCelebs, before turning to discussions about the upcoming Academy Awards.

Variety reported on Monday that Seacrest’s former stylist, Suzanne Hardy, is accusing the television star and producer — who hosted American Idol and currently produces Keeping Up With The Kardashians — of abusing and harassing her for years. The allegations include that Seacrest groped Hardy’s genitals, grinded his penis against her and slapped her buttocks.

“Recently, someone that worked as a wardrobe stylist for me nearly a decade ago at E! News, came forward with a complaint suggesting I behaved inappropriately toward her,” Seacrest has said. “If I made her feel anything but respected, I am truly sorry. I dispute these reckless allegations and I plan to cooperate with any corporate inquiries that may result.”

E! said in January that there was insufficient evidence to support the allegations, a claim Hardy told Variety caused her “total exasperation. 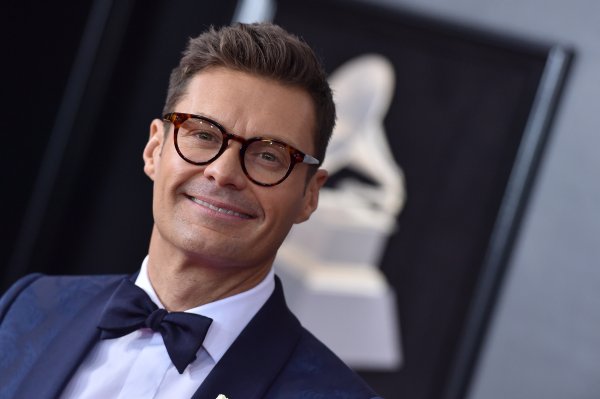