A Personal Stylist Has Accused Ryan Seacrest of Sexually Abusing Her for Years, Which He Denies

A personal stylist has accused American Idol host Ryan Seacrest of sexually abusing and harassing her for years, and is publicly detailing her claims after an internal investigation dismissed her complaint.

On Monday, Suzie Hardy told Variety that Seacrest started sexually harassing her soon after she landed a job as his personal stylist at E! News in 2006. The single mother said she endured the unwanted, sexually aggressive touching, groping and attention for fear of losing her job. In 2013, when Hardy reported the alleged workplace abuse to her company’s human resources department, she says she was fired.

Seacrest, who co-hosts ABC’s talk show Live with Kelly & Ryan and produces Keeping Up with the Kardashians, was the first to make the sexual misconduct accusations public when he issued a vigorous denial last November.

“Recently, someone that worked as a wardrobe stylist for me nearly a decade ago at E! News, came forward with a complaint suggesting I behaved inappropriately toward her. If I made her feel anything but respected, I am truly sorry. I dispute these reckless allegations and I plan to cooperate with any corporate inquiries that may result,” Seacrest said in his statement.

E! announced in January that its investigation into the sexual misconduct claims against Seacrest had concluded with “insufficient” evidence of wrongdoing.

Hardy told Variety that she was opting to speak out for the first time about the allegations because she felt “total exasperation” after her complaint was dismissed.

Seacrest’s lawyer, Adam Baum, told PEOPLE in a statement that “it is upsetting” that Variety chose to run Hardy’s “untrue allegations”.

“They were told that the accuser threatened to make those false claims against him unless he paid her $15 million,” Baum said.

An E! spokesperson told Variety that questioning the legitimacy of its investigation is “completely baseless.” 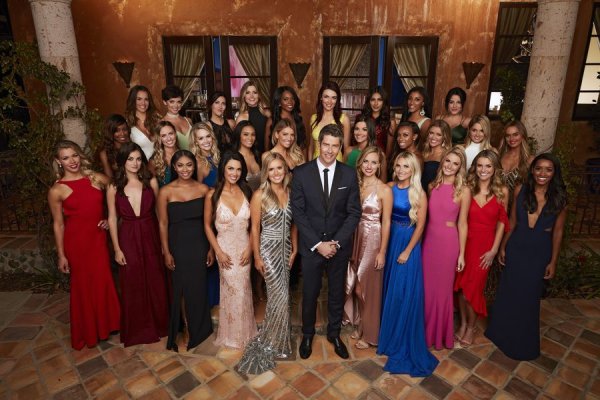 The Bachelor Season 22, Episode 10 Recap: An Ex Shows Up
Next Up: Editor's Pick