Roxane Gay: 'I’ve Never Been Good at Dressing Like a Woman'

I’ve never been good at dressing like a woman. I stopped wearing dresses when I was twelve years old. I’m 6′3″, so if I were to wear high heels, I would tower over people more than I already do. I only wear makeup if I really have to because, for whatever reason, I never quite learned how to do it myself. And when I was nineteen, I started getting tattoos up and down my arms — hardly the mark of traditional femininity. Throughout my early twenties, I held a series of odd jobs, and what I wore to work ranged from pajamas (when I worked from home) to jeans and black T-shirts (when I worked as a bartender). Toward the end of my twenties, I entered the traditional workplace and wore long-sleeved shirts to hide my arms, and dress slacks that I hoped conveyed my competence and professionalism. And always, I felt out of place because I was not dressing — and did not want to dress — like a woman in the expected sense. When I started writing professionally, I treated whatever I happened to be wearing — often, a casual T-shirt and more pajama pants or jeans — as my work clothes.

In graduate school, I assumed that when I became a professor, I was going to have to wear suits to work, that I was going to have to look the part of someone with a PhD, someone qualified to lead a classroom. I quickly realized that there was no standard look to this part. I had colleagues who taught in dirty T-shirts and paint-splattered jeans. They were, as you might expect, men who knew their authority would not be questioned regardless of what they were wearing. My female colleagues, mostly younger and petite, always wore things like dressy blouses and blazers because they knew their authority would be questioned by virtue of their gender, stature and clothing choices. As a tall woman of an imposing size in her early forties, I generally teach in jeans and long-sleeved dress shirts, sometimes overpriced T-shirts. I wear clothes that allow me to feel comfortable and confident. That is how I choose to dress like a woman.

No matter what I have worn to work, I’ve always been aware that the freedom to mostly wear what I want has been influenced, in large part, by the women who worked before me — women who, throughout history, refused to allow their ambitions to be constrained by narrow ideas of what it means to dress like a woman. In this collection, you will see how women have dressed for their work, both in and beyond the traditional workplace. You will see how that dress has evolved as the role of women in contemporary society has evolved. And you will see that sometimes, dressing like a woman means wearing a pantsuit; other times, it means wearing a wetsuit, or overalls, or a lab coat, or a police uniform. Dressing like a woman means wearing anything a woman deems appropriate and necessary for getting her job done.

Excerpted from Dress Like a Woman: Working Women and What They Wore (Abrams, 2018). 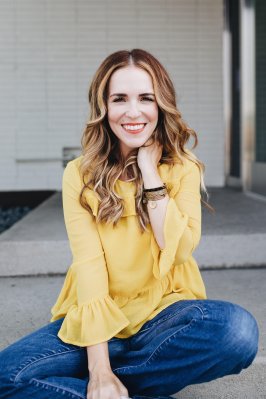 Why I Decided to Be An Imperfect Mother
Next Up: Editor's Pick