Stacey Dash, an actor-turned-conservative commentator and author who is best known for starring in the 90s cult classic Clueless, has officially filed paperwork to run for Congressional office in California.

Dash has filed to run as a Republican in the 44th Congressional District, according to a filing on the Federal Election Commission website. The 44th District is located in southern California and includes the cities of Compton, Lynwood and Carson in Los Angeles County. The website dashtodc.com has also been established, though there is no information on the site other than what appears to be a logo.

The House seat Dash is seeking is currently held by Democratic Rep. Nanette Barragán, who worked on Barack Obama’s reelection campaign in Florida in 2012 and was later the first Latina to serve on the Hermosa Beach City Council. The District has had a Democratic representative since 2012. The area also voted overwhelmingly for Hillary Clinton in the 2016 presidential election.

Dash has been publicly mulling a run for office in recent weeks, posing the question of if she should do it to her 564,000 Twitter followers in early February.

Dash is a vocal supporter of President Donald Trump and has been known as an outspoken conservative since she threw her support behind Mitt Romney in 2012. In recent years, she has also been no stranger to controversy, particularly during her time as a commentator on Fox News.

She made headlines in 2016 for saying that transgender people should “go in the bushes” if they need to use the restroom in public. That same year, she said ” if we don’t want segregation” then channels like BET and award shows like the NAACP Image Awards should be abolished. 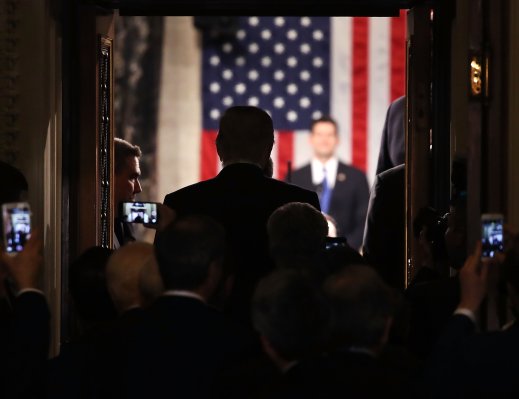 Here's Why Republicans Should Worry About the Fall Elections
Next Up: Editor's Pick