The Vaccine-Autism Myth Started 20 Years Ago. Here's Why It Still Endures Today

If you are a parent on social media, you’ve likely seen many posts just like these. Maybe you’ve even clicked on one, curious. What’s the harm, right? As a family physician with four decades of experience fighting preventable disease around the globe and a professor of anthropology, risk and decision science studying global vaccine confidence, we’ve seen the deadly harm that fraudulent science and unfounded claims can cause.

The vaccine-autism myth is one chilling example of fraudulent science. February 28, 2018 marks the 20th anniversary of an infamous article published in the prestigious medical journal, The Lancet, in which Andrew Wakefield, a former British doctor, falsely linked the MMR (measles, mumps and rubella) vaccine to autism. The paper eventually was retracted by the co-authors and the journal. Wakefield was de-licensed by medical authorities for his deceit and “callous disregard” for children in his care. It took nearly two decades for the UK immunization rates to recover. By the end, UK families had experienced more than 12,000 cases of measles, hundreds of hospitalizations — many with serious complications — and at least three deaths.

Stunningly, the vaccine-autism myth still persists. It was amplified by the British media during its early years, later by celebrity endorsement and more recently by worldwide social media. Wakefield has continued his own relentless personal campaigning, moving well beyond the initial MMR vaccine scaremongering to attacking the CDC in his controversial film Vaxxed. The film was pulled before screening at the Tribeca Film Festival but found its way into independent theaters in the U.S. and Europe. Europe’s four-fold increase in measles cases and 35 measles-related deaths in 2017 — due largely to people not getting vaccinated — also reflects how Wakefield’s vaccine-autism scare can spark vaccine refusals that lead to debilitating and fatal cases of measles.

In the U.S., measles was declared eliminated in 2000. Since 2000, however, there has been a resurgence of measles, with more than 2,216 reported cases. Wakefield’s anti-vaccine fanaticism contributed to the 2015 outbreak in Disneyland in California, which eventually infected more than 130 people, and to the 2017 measles outbreaks in Minnesota, where his message persuaded many parents not to vaccinate their children.

The vaccine-autism myth has also prompted an alarming number of millennials — the generation that came of age in the era of Wakefield’s misinformation —in the U.S. not to vaccinate their children. Vaccine reluctance does not apply just to measles; flu kills 100 to 300 children under age 5 each year, and up to 85% of them were not vaccinated when they died.

What will it take to protect parents and children from this kind of fraudulent science?

First, trust is vital in order for people to accept health interventions. The messenger can be more important than the message. Thus, the advice of trusted primary healthcare providers, families and friends is often much more influential than the cold facts of official sources. Fortunately, trust can be built or rebuilt over time, as the UK demonstrated when it reached 95% measles immunization coverage.

Second, the medical community must redouble its efforts to ensure the integrity of its evidence. And it must move rapidly to address suspected scientific fraud. Wakefield was not disciplined by the UK medical authorities, nor was the article retracted by The Lancet until 2010, despite serious concerns raised by experts at the time of publication and the 2004 expose on Wakefield’s sloppy science and retraction by co-authors.

Third, print and broadcast media have a special responsibility to provide clear, evidenced-based reporting. The decline in MMR immunization following Wakefield’s article was accelerated by the pro-Wakefield UK media, despite increasingly strong evidence refuting Wakefield’s claims. Conversely, the recovery from Wakefield’s damaging impact was catalyzed by the 2004 investigative journalism reports exposing Wakefield’s flawed science and conflicts of interest. Truth wins, if we’re committed to telling it.

Fourth, state health officials must ensure that public health policies are enforced as intended. The rise in measles cases in many states resulted from the loosening of immunization requirements for school entry. California has raised its vaccine coverage by enacting stronger vaccination policies to curtail such exemptions.

Finally, in an age of social media, frequent distrust of authorities and increasing epidemic threats, parents and educators have a vital role in helping children from an early age learn the skills of critical thinking and informed skepticism to discern life-saving facts from fatal fictions.

Over a century ago, American writer Mark Twain quipped, “A lie can travel halfway around the world while the truth is putting on its shoes.” This has certainly been the case for the vaccine-autism myth. In a world in which fabricated science is plentiful and spreads rapidly, we must be vigilant if we are to avert epidemics that would have been prevented were it not for vaccine denial.

Too much is at stake for ourselves and our children to not apply the lessons from the vaccine-autism debacle to avert the dangerous long-term consequences when fake science gains traction and threatens the health and lives of everyone.

Dr. Quick is a senior fellow at the nonprofit Management Sciences for Health and an instructor at Harvard Medical School. His new book, “The End of Epidemics: The Looming Threat to Humanity and How to Stop It,” will be published January 30 by St. Martin’s Press.

Heidi Larson is director of the Vaccine Confidence Project and Professor of Anthropology, Risk and Decision Science at the London School of Hygiene and Tropical Medicine. 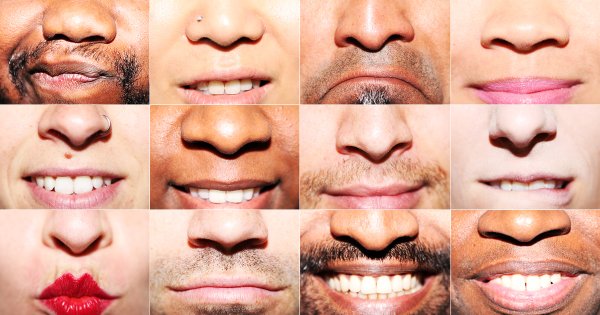 You Asked: Is It Bad To Pick Your Nose?
Next Up: Editor's Pick