On Last Week Tonight John Oliver took a break from Donald Trump and the U.S. coal industry and turned his attention to Italy, a.k.a. “the country that gave us spaghetti, the Colosseum, and in a roundabout way, the guy who played Turtle [on Entourage].”

Oliver recently discovered that Italy is not run by a “Vespa in a tanktop” and instead is holding an election for a new prime minister. The current field of candidates is troubling, though. This is partially due to an alarming rise in fascism, which Oliver points out, is particularly worrying, because the last time Italy dabbled in fascism, they ended up with Mussolini, or “the Turner to Hitler’s Hooch.”

There’s a rise in anti-immigrant sentiment and fake news is spreading at such a fast pace that even Pope Francis is concerned about it. In that environment, Italians are faced with a field of candidates that include Luigi Di Maio, a newcomer who is “a year younger than Frankie Muniz,” and far right candidate Matteo Salvini, who Oliver compares to a “fascist Mary Poppins, so basically, Mary Poppins.” Also making a run is former Prime Minister Silvio Berlusconi. His coalition was in the lead in a recent poll despite the fact that a conviction for tax fraud means that he is not allowed to run for office until 2019. Berlusconi is a controversial figure known for his friendship with Vladimir Putin and hosting so-called bunga bunga parties which “famously hosted female guests dressed up as nuns, nurses, and even Barack Obama,” which Oliver notes is “strangely progressive.”

While Oliver isn’t an Italian citizen, he is alarmed by the slate of candidates and the possible repercussions for the world. In fact, Oliver is so concerned that he has jumped into action and consulted lawyers. Turns out that under Italian law the government coalition can pick a non-politician to run. In fact, they can pick “a random jackass that Italy has never heard of.” Specifically, they could pick Oliver himself. It’s what Oliver calls Air Bud rules, where the rules didn’t definitely say that a dog couldn’t play basketball so “alley oop motherf—-ers.”

That’s right, Oliver is running for prime minister of Italy, telling its citizens, “Incredibly, I am far from your worst option.” 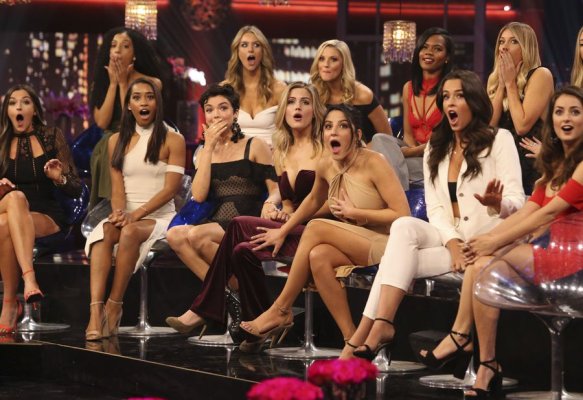 The Bachelor Recap: The Women Tell all About Arie, Krystal, and Bekah
Next Up: Editor's Pick