Team USA scored the prized gold medal in Olympic curling when the men’s team, led by skip John Shuster, defeated Sweden on Saturday. But it just so happens that The Simpsons predicted that exact outcome eight years ago.

It turns out that an episode aired eight years ago was also spot on with Team USA’s triumph in curling. In “Boy Meets Curl,” the 12th episode from season 21, Marge and Homer joined a mixed doubles curling team. Even after Marge injures her shoulder, the team qualifies for gold, and defeats Team Sweden.

Some of the details were a tad off. The third place teams turned out differently, and in real life it was the men’s team that won, while in the sitcom’s episode, it’s the mixed doubles team.

Nevertheless, the storyline is uncanny and eerily on point. And this isn’t the first time “The Simpsons” has been harbinger of the future. In an episode aired 16 years ago called “Bart to the Future,” the animated comedy accurately predicted Donald Trump would win the election and become president of the United States of America.

Who knows what other plot lines will come true. Stay tuned. 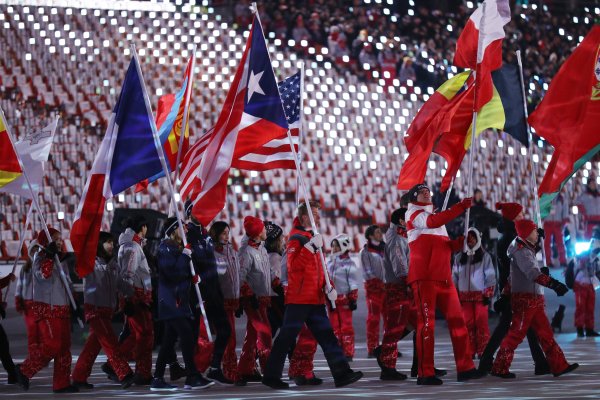 Here's Why They're Speaking French at the Olympics Closing Ceremony
Next Up: Editor's Pick