Morgan, who won a bronze medal in the men’s snowboarding big air competition on Saturday, was the flag-bearer for Great Britain. He added some flair to his duties by balancing the Union Jack on his chin, attracting some admiring glances from fellow athletes and closing ceremonies officials.

Morgan’s bronze was Great Britain’s fifth medal of the games, a winter Olympics record for the country. The 28-year-old reportedly celebrated accordingly, riding through the Olympic Village in a shopping cart after a night of partying, according to the Guardian. 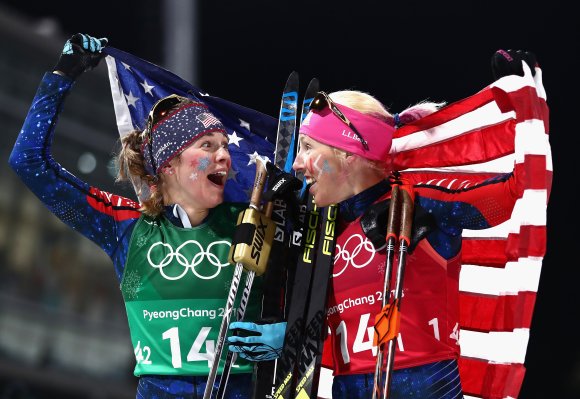 The 8 Craziest Things Our Reporter Saw at the Winter Olympics
Next Up: Editor's Pick