The House Intelligence Committee released a rebuttal by House Democrats to a Republican memo alleging bias and misconduct by the FBI and Justice Department early in their investigation of Russian election interference.

President Donald Trump’s approval for the public posting of the counter-memo came after an agreement was reached on redacting parts of an earlier version for national security reasons. With the response memo’s release, Democrats on the committee got to lay out their case: that the panel’s Republican majority had cherry-picked and distorted information in an effort to undercut the probe that’s now being led by Special Counsel Robert Mueller.

“FBI and DOJ officials did not ‘abuse’ the Foreign Intelligence Surveillance Act process, omit material information, or subvert this vital tool to spy on the Trump campaign,” Democrats said in the 10-page document was written by Representative Adam Schiff.

Americans now have two clashing, partisan accounts that claim to be true interpretations of a detailed court document that they can’t read for themselves because it remains classified.

“This politically driven document fails to answer serious concerns raised by the Majority’s memorandum about the use of partisan opposition research from one candidate, loaded with uncorroborated allegations, as a basis to ask a court to approve surveillance of a former associate of another candidate, at the height of a presidential campaign,” White House Secretary Sarah Sanders said in an emailed response.

The four-page Republican memo was written under Intelligence Chairman Devin Nunes and was released with Trump’s approval on Feb. 2. It contends that a judge issued a surveillance warrant on Carter Page, a former low-level Trump campaign adviser, primarily based on an FBI warrant application that relied on a dossier of unverified allegations against Trump written by former British spy Christopher Steele.

The Republican memo also asserts that the judge wasn’t told in the application that the dossier was funded by Trump’s campaign opponent Hillary Clinton and the Democrats. The FBI had opposed the release of the GOP memo, citing inaccuracies.

Democrats counter that the Steele dossier wasn’t the only grounds cited for the warrant sought under the Foreign Surveillance Intelligence Act, and they say a footnote in the application did disclose that its origins were politically motivated. They also included details of subsequent warrant applications that were obtained to continue surveillance of Page.

Trump delayed release of the Democratic memo, saying that he was responding to concerns about sensitive classified information in the document.

The Democrats also sought to combat the impression that the surveillance warrant on Page was an original sin that tainted the Russia investigation: The Republican memo itself notes that the Federal Bureau of Investigation started investigating George Papadopoulos, another low-level Trump adviser with Russian contacts, in July 2016, three months before it first sought a warrant on Page.

Some Republicans have used the GOP memo to question Mueller’s continuing investigation into whether anyone close to Trump colluded in Russia’s campaign interference and whether the president sought to obstruct justice.

Trump tweeted after the Republican memo was released that “this memo totally vindicates ‘Trump’ in probe” even as “the Russian Witch Hunt goes on and on.” Sanders reiterated in her statement that “as the President has long stated, neither he nor his campaign ever colluded with a foreign power during the 2016 election, and nothing in today’s memo counters that fact.”

Schiff has described the Republican memo as “an effort to circle the wagons around the White House and distract from the Russia probe.”

But Representative Trey Gowdy — the only Republican on the Intelligence Committee who actually saw the classified intelligence used to write the memo — has said it has nothing to do with other aspects of the Russian investigation, which Mueller took over last year.

“There’s going to be a Russia probe, even without a dossier,” Gowdy said this month on CBS’s “Face the Nation.” 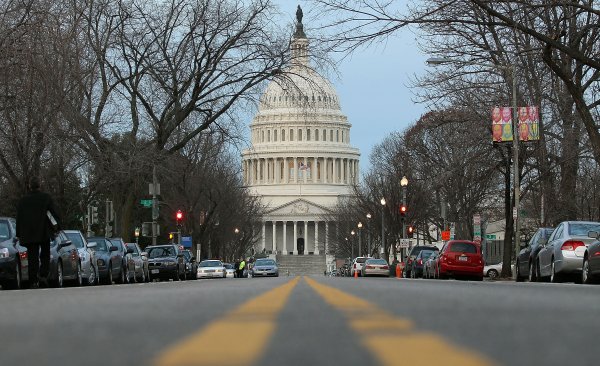 Rep. Tom Rooney Is the Latest Republican Who Isn't Seeking Reelection in 2018
Next Up: Editor's Pick