A New York City mother was sentenced to 16 years in prison after pleading guilty to manslaughter under extreme emotional disturbance.

Tiona Rodriguez was shopping in a Victoria’s Secret as a teenager in 2013, PIX11 reported, and was stopped by security when she was accused of stealing jeans. That’s when they reportedly noticed a “foul odor” and found the dead child. She was 17 at the time, according to the New York Post.

She could have faced life in prison if the case went to trial, the Post reported. Authorities found messages in her phone callously referring to the boy, which led prosecutors to charge Rodriguez with murder.

“Take this s–t and dig a hole, put it somewhere, lol, then we go eat IHOP,'” one message read.

The District Attorney said Rodriguez delivered the baby in friend’s apartment bathroom and intentionally killed the newborn, according to PIX11. The baby reportedly weighed 8 pounds at birth and died of homicidal asphyxiation.

Rodriguez also had a child at 14, which her family was not aware of until she gave birth, PIX11 reported. She also gave birth in 2012, though that child did not survive, according to the network. 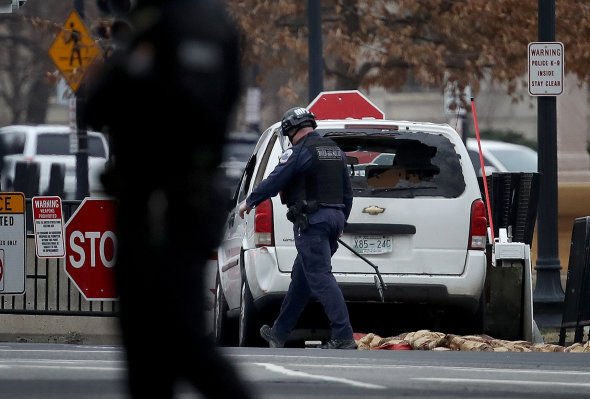 Armed Woman Who Drove Into White House Barrier Had Previous Encounters With the Secret Service
Next Up: Editor's Pick