Delta Air Lines Inc. and United Continental Holdings Inc. became the latest companies to cut ties with the National Rifle Association after a call to boycott the lobbying group became a top trend on Twitter Friday. The online furor continued into the weekend after the NRA’s leaders attacked the media and Democrats, claiming the fallout from last week’s Florida high school massacre was being politicized.

One user, with almost a quarter of a million followers, tagged a slew of brands in his post, including NRA partners Hertz Corp. and LifeLock Inc. “There are only 5 million NRA members but over 300 million of us! Businesses have a choice whose business they prefer,” tweeted another.

Delta and United, two of America’s largest passenger carriers, said Saturday they would back away from the group. Delta said in a statement it was “ending its contract for discounted rates through our group travel program,” and having its information removed from the group’s website. United said it would no longer discount flights to the NRA’s annual meeting. Their announcements followed similar moves Friday by security-systems makers Symantec Corp., owner of Lifelock, and Simplisafe Inc.; Hertz and fellow car-renter Avis Budget Group Inc.; movers North American Van Lines and Allied Van Lines; and insurer MetLife Inc.

The five million-member NRA has partnerships with dozens of businesses, ranging from car rentals to hotels, and even offers a branded credit card. First National Bank of Omaha, which backs the card, said it would not renew its contract. Enterprise Holdings Inc., which operates Alamo and National car rentals as well, said it had ended its participation effective March 26. Wyndham Hotel Group LLC announced it was “no longer affiliated with the NRA.”

In a statement Friday, insurer Chubb said it told the NRA three months ago that it would “discontinue participation in the NRA Carry Guard insurance program under the terms of our contract.”

Still, some companies continue to have a relationship with the group, while others associated with it didn’t return requests for comment. HotelPlanner.com, unmoved by the controversy, said it would stick by the NRA.

“Our company provides discounted rooms to several large associations, including the NRA,” said Tim Hentschel, co-founder of Hotel Planner. “These associations greatly benefit our customers by buying discounted rooms from groups that might otherwise be charged a penalty by hotels for not using all of the rooms in their block.”

The NRA didn’t respond to a request for comment.

While this powerful supporter of guns is under attack, the gun industry is facing some blowback of its own. Florida Governor Rick Scott, a Republican, long a staunch opponent of gun regulations, announced his support for them, including allowing courts to prohibit the mentally ill from purchasing firearms, raising the purchasing age to 21, and banning the sale of bump stocks. Fear of gun control coupled with the backlash against the firearms industry has led stock prices to fall. American Outdoor Brands dropped 6.9 percent this week. Sturm Ruger was down 1 percent. Vista Outdoor fell almost 9 percent. 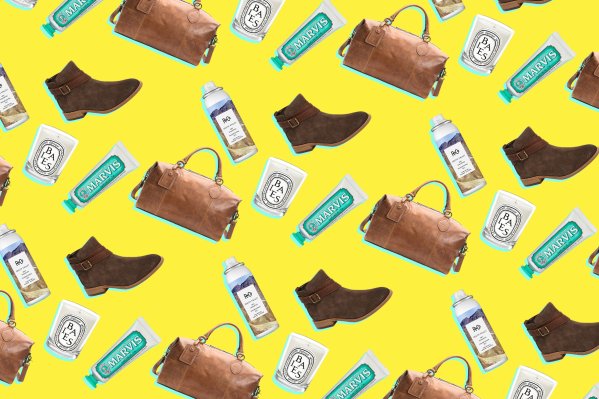 Travel & Leisure’s 18 Adventure Accessories Worth the Money
Next Up: Editor's Pick