Olympian Gus Kenworthy Is Bringing Home a Dog From PyeongChang

While Gus Kenworthy wasn’t able to bring home a medal at this year’s PyeongChang Winter Olympic Games, he will be bringing home something a bit furrier — a new dog.

After a trip to a dog meat farm with his boyfriend Matt Wilkas, Kenworthy decided to take one of the dogs home, NBC reported. The dog meat farm is in the process of being shut down and all 90 dogs are being taken from the facility to the United States and Canada for adoption.

It’s not the first time Kenworthy has made dogs a priority at the Winter Games. Four years ago in Sochi, Kenworthy helped bring stray dogs back to the United States.

“Across the country there are 2.5 million dogs being raised for food in some of the most disturbing conditions imaginable,” Kenworthy posted on Instagram.

Kenworthy also added that eating dogs is part of Korean culture and that while “it’s not my place to impose western ideals on the people here,” he was concerned about the conditions the dogs were kept in. 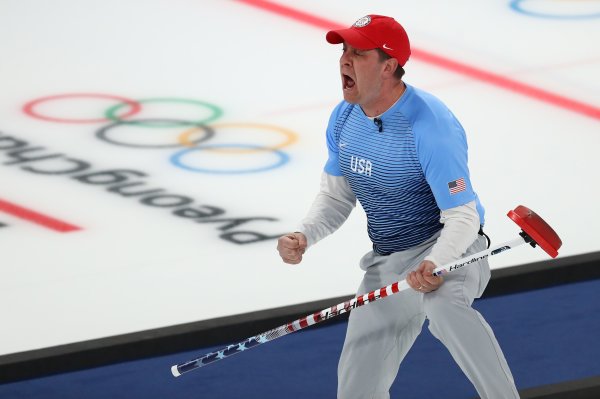 How USA Men's Curling Went From 'Rejects' to Gold
Next Up: Editor's Pick