The Democratic Party Just Attacked Their Own Candidate in Texas

Laura Moser, center, meeting for morning coffee in Houston, Monday May 22, 2017. Moser is returning to Houston from Washington where her husband worked for the Obama Whitehouse, and is starting her effort to run for the 7th Congressional District in Texas currently occupied by Republican John Culberson. (Michael Stravato--Washington Post)
The Washington Post—The Washington Post/Getty Images
By Charlotte Alter

At first glance, Moser is exactly the type of candidate who could lead to a Democratic sweep in the midterms. A journalist and mother of two who started activist program Daily Action after Donald Trump’s election, Moser moved back to the Houston area this year to run to unseat Rep. John Culberson (R-Texas). Like hundreds of other women around the country, she transformed from voter to activist to candidate as part of the so-called Pink Wave of fresh women candidates challenging GOP incumbents.

But the DCCC isn’t buying it. On Thursday, they posted the type of opposition research against Moser that the party normally uses to target Republicans, not Democrats. They pointed out that Moser just moved back to the area from Washington, D.C., has paid more than $50,000 in campaign money to her husband’s consulting firm, and wrote in a 2014 op-ed that she would rather have her “teeth pulled” than move back to a rural town in Texas. The Democratic primary is March 6, and early voting is already underway.

“Voters in Houston have organized for over a year to hold Representative Culberson accountable and win this Clinton district,” said DCCC communications director Meredith Kelly in a statement. “Unfortunately, Laura Moser’s outright disgust for life in Texas disqualifies her as a general election candidate, and would rob voters of their opportunity to flip Texas’ 7th in November.”

A Democratic insider said that the party has plenty of good candidates who can beat Culberson, but that if Moser won the primary, these revelations would “take the race off the map.” EMILY’s List also declined to endorse Moser, picking her primary opponent, Lizzie Pannill Fletcher, instead.

Moser says the announcement caught her completely off guard.

“I did not expect this to come from my own party,” she said in an interview Friday. “I’ve been a loyal, lifelong, establishment Democrat. I’ve worked hard for every Democratic candidate since I’ve been in 5th grade.”

While some local outlets have painted the squabble as reminiscent of the intra-party disputes during the 2016 presidential primary, both Moser and party insiders insist the divide is not ideological. And, unlike Bernie Sanders in the 2016 primary, Moser has not made attacking the Democratic party part of her messaging.

“I think it’s unfortunate that we are eating our own,” Moser says, adding that she has strong grassroots support and is not much further left than the Democratic party platform. “I don’t know why they would be scared of someone who supports the same things they say they support.”

Locals say Moser would be a long shot against Culberson, not because of her “teeth pulled” comment (she was referring to a rural town where her grandparents live, far outside her suburban Houston district), but because the region is still very conservative.

“I guarantee she’s not going to be where a majority of the voters are on guns and abortions and taxes, and that’s why she’s gonna lose,” says Joe Brettell, a GOP consultant who lives in Katy, Texas, near Moser’s district. “There’s no way an uber-progressive like Ms. Moser is going to get elected. It has nothing to do with some arcane article from her past.”

Brettell says the Democrats are now in the same position Republican party leaders found themselves in during the Tea Party wave, confronted with a surge of passionate, but possibly unelectable, candidates.

“You’re looking at a candidate and saying ‘wow the grassroots are gonna support her and we’re gonna lose in the general,'” he says.

“It’s very disappointing that I would be thrown overboard without even having been given a chance to run my race,” Moser says. “The Democratic party shouldn’t fear candidates like me, they should embrace us.” 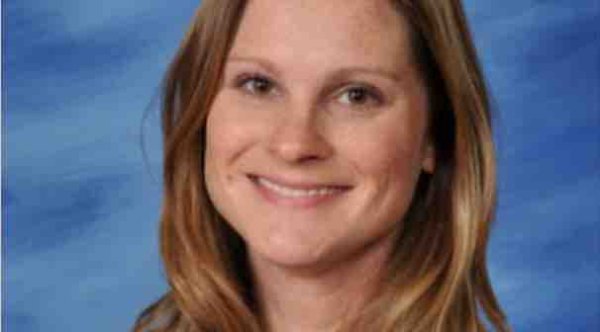 38-Year-Old Mom of 2 Dies From Flu After Refusing Costly Meds
Next Up: Editor's Pick