Billy Graham Will Be the Fourth Private Citizen Ever to Lie in Honor at the U.S. Capitol

The Rev. Billy Graham, the Baptist Evangelist who died Feb. 21 at 99, will lie in honor in the Capitol Rotunda from Wednesday to Thursday, so that the public can have a chance to bid farewell to the religious leader who preached to Christians in 185 countries and territories.

The practice of U.S. elected officials and military leaders lying in state at the Capitol began with Senator Henry Clay in 1852, and since then more than two dozen people — including 11 Presidents — have received that posthumous send-off in the Rotunda. Many of those services, including those for Supreme Court Justices Thurgood Marshall and Warren Burger, have used the same wooden framework constructed to prop up Abraham Lincoln’s coffin in 1865. But Graham will be only the fourth private citizen to “lie in honor,” rather than “lie in state,” in recognition of his contributions to the nation.

The last private citizen — and first woman — to be honored with such a funeral ceremony was Rosa Parks, in October of 2005, according to the History, Art & Archives department of the U.S. House of Representatives.

Before the civil rights activist, the first two private citizens to lie in honor there were United States Capitol Police Officer Jacob J. Chestnut and Detective John M. Gibson, who were honored on July 24, 1998, after they died staving off an armed gunman.

What’s the difference between “lying in state” and “lying in honor”?

The former term is generally used for elected officials and military officers; the latter was developed to recognize private citizens. A third term, “lying in repose,” refers to the casket of a former member of government being on view in a non-government building, which occurs when the casket of a member of government (or former member of government) is placed on view in any other building to allow the public to pay their respects — for example, when President Ronald Reagan’s coffin went on display at the Ronald Reagan Presidential Library in Simi Valley, Calif., in 2004, or President Gerald Ford’s was on display at the church he attended for years, St. Margaret’s Episcopal Church in Palm Desert, California.

In a statement, House Speaker Paul Ryan said of Graham that lying in honor will be a fitting tribute to a man who advised 12 U.S. presidents and reached millions via radio, television and later the Internet. 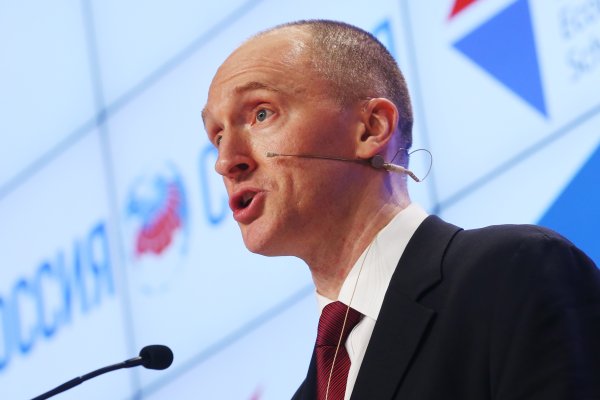 U.S. Government Meddled More in 2016 Election Than Russia Did, Carter Page Says
Next Up: Editor's Pick