SEOUL, South Korea — Ivanka Trump received a red-carpet welcome in South Korea on Friday as head of the U.S. delegation to this weekend’s closing ceremony for the Winter Olympics in Pyeongchang.

The daughter of President Donald Trump made a brief statement, broadcast live on TV, at the airport before heading to a dinner with President Moon Jae-in in the presidential compound in Seoul.

A high-level North Korean delegation will also attend the closing ceremony, but the South Korean government said it’s unlikely that Ivanka Trump will meet the North Koreans or defectors from North Korea. Speculation is high in South Korea that she might deliver a message from President Trump on North Korea.

She said at Incheon airport that “we are very, very excited to attend the 2018 Olympic Winter Games to cheer for Team USA and to reaffirm our strong and enduring commitment with the people of the Republic of Korea.”

South Korean media said Moon would emphasize the importance of holding U.S.-North Korea talks in the dinner with Ivanka Trump and other members of the U.S. delegation.

Moon hopes to make the Olympics an avenue for peace on the divided Korean Peninsula.

While the games appear to have paved a way for possible rapprochement between the two Koreas, U.S. and North Korean officials have yet to make direct contact. Earlier this week, the U.S. government said Vice President Mike Pence had been set to meet North Korean officials during his visit to South Korea for the opening ceremony, but that the North Korean side canceled at the last minute.

Moon met Kim Yo Jong, the sister of North Korean leader Kim Jong Un, and Kim Yong Nam, North Korea’s nominal head of state, a day after the opening ceremony and urged North Korea to do more to engage in a dialogue with the United States.

For now, there are no signs that Ivanka Trump will meet Kim Yong Chol, vice chairman of North Korea’s ruling Workers’ Party Central Committee, who is to attend the closing ceremony.

The White House has emphasized that the purpose of her visit is to celebrate the achievements of the athletes, noting that she is a winter sports enthusiast herself. She is expected to attend the games on Saturday before Sunday’s closing ceremony. 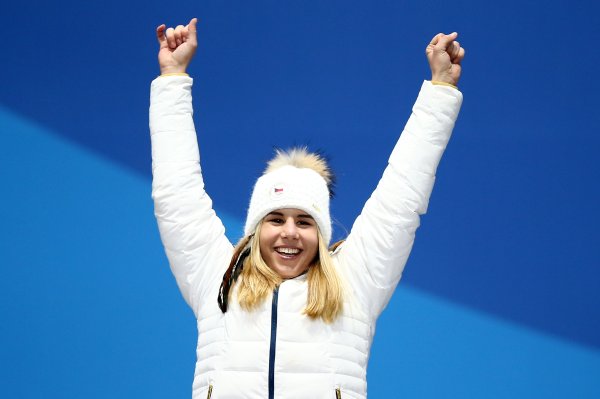