Teachers Are Using #ArmMeWith to Demand They be Armed With Supplies, Not Guns

Teachers are responding to President Donald Trump’s suggestion that arming teachers would prevent more school shootings and are using the hashtag #ArmMeWith to demand better school supplies and mental health resources, not guns.

Trump suggested that more teachers should carry firearms during a listening session Wednesday with survivors of the shooting at Marjory Stoneman Douglas High School, in Parkland, Florida which claimed 17 lives last week. In a series of tweets Thursday, Trump argued that arming a percentage of “gun adept teachers,” would protect students from mass shootings. “ATTACKS WOULD END!” he tweeted.

Many teachers disagreed, including numerous teachers organizations. But English teachers Olivia Bertels and Brittany Wheaton went a step further by coining the hashtag #ArmMeWith on Instagram to call attention to educators’ other needs while exposing the “absurd notion” that armed teachers leads to safer classrooms, according to USA Today.

“The vast majority of school personnel are uninterested in carrying a weapon into a building full of hundreds or thousands of children each day,” Bertels said. “Those desires are not being reflected in the tone-deaf suggestions being made by lawmakers as a solution to America’s gun problem.”

“Teachers already shoulder a huge burden when it comes to educating properly, due to lack of funding, support and resources and making sure their students are taken care of emotionally,” Wheaton added, according to CNN. “Asking us to now carry the burden of having the responsibility to kill is irreparably damaging, even if we never have to discharge our weapon.”

The movement has taken off on social media, with thousands of teachers posting their own proposals to improve America’s classrooms, such as funding for staff and books, smaller class sizes, more mental health counselors. 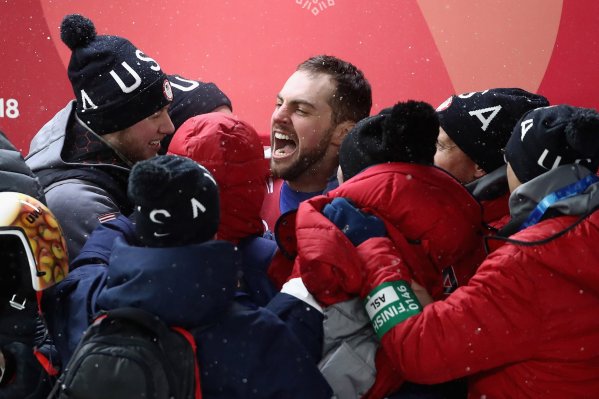 U.S. Olympians Turn to Bitcoin to Fund the Cost of Competing
Next Up: Editor's Pick