In 1961 a Plane Crash Killed the Entire U.S. Figure Skating Team. Here's How the Tragic Legacy Lives On

The 18 members of the U.S. figure skating team are shown as they boarded the ill-fated Belgian airliner here, February 14th, for a flight to Brussels.
Bettmann—Bettmann Archive
By Laignee Barron

Fifty-seven years ago this month, the U.S. figure skating team was devastated by a plane crash. The star-spangled athletes were on their way to compete at the 1961 World Figure Skating Championships in Prague, where they were expected to score medals and launch into preparations for the 1964 Olympics. When the plane went down in Belgium, all 72 people onboard were killed, including the 18 skating hopefuls. The tragedy was mourned across the nation and shattered the figure skating world, which the U.S. had dominated for over a decade. The legacy of the accident continues to shape the sport to this day through a memorial fund that still supports U.S. skaters, including some of this year’s Olympians, the Washington Post reports.

What caused the plane to go down on a clear skies day was never determined. Some investigators blamed faulty stabilizers.

View of the scene of the plane crash of the Sabena Flight 548, on February 15, 1961 near Brussels.
STF/AFP/Getty Images

No one survived the crash. Rescue workers recovered Team USA jackets and copies of the Sports Illustrated issue that just the day before take-off had featured 16-year-old Laurence Owen on the cover as “America’s most exciting girl skater.” Owen, her older sister — the pairs skater Maribel Owen — and her mom were all on board. So was Dudley Richards, Maribel’s skating partner and the 1961 U.S. pairs champions. As was Bradley Long, the 1961 U.S. men’s champion, Rhode Lee Michelson, U.S. bronze medalist, and Diane Sherbloom and Larry Pierce, the 1961 U.S. ice dancing champions.

“These were the finest skaters in the country,” the secretary of the U.S. Figure Skating Association said at the time, predicting it would be a “long road back” for American skaters.

In the weeks following the accident, U.S. skating officials established a memorial fund to honor the skaters and foster a new generation of athletes. According to the Post, the fund has distributed more than $15 million, and its beneficiaries have included 2018 Olympian Adam Rippon and 2014 Olympian Ashley Wagner.

“If it wasn’t for the memorial fund or people who contribute to it, I wouldn’t have been able to continue my training,” Rippon said in a U.S. Figure Skating video last year.

Correction: The original version of this story misstated the year Ashley Wagner was an Olympian. It was 2014, not 2018. 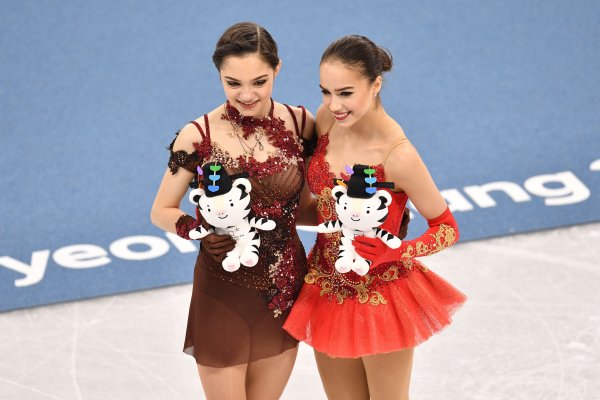