Brendan Fraser became the latest actor to speak out about his own #MeToo experience this week as Hollywood continues to address its problems with sexual assault and harassment.

In an interview with GQ published Thursday, Fraser said that he was groped in 2003 by Philip Berk, a former president of the Hollywood Foreign Press Association (HFPA), the organization that hosts the Golden Globes. The incident took place at a luncheon hosted by the association, and Fraser alleges that when Berk reached out to shake his hand, the man instead grabbed Fraser’s butt.

“His left hand reaches around, grabs my ass cheek, and one of his fingers touches me in the taint. And he starts moving it around,” Fraser told GQ, adding that he felt overwhelmed with panic and fear.

Fraser then said he removed Berk’s hand and immediately left the event.

“I felt ill. I felt like a little kid. I felt like there was a ball in my throat. I thought I was going to cry,” he told the magazine.

The actor said he told his then-wife, Afton Smith, about the incident, but did not speak publicly about it until this week. “I didn’t want to contend with how that made me feel, or it becoming part of my narrative,” he told GQ.

Berk, who is still a member of the HFPA, told the magazine that Fraser’s version of events is a “total fabrication” and has previously denied grabbing the actor to the New York Times. He also wrote about the incident in his memoir, according to People, but Berk said he pinched Fraser “in jest.”

After the 2003 luncheon, Fraser’s representatives asked the HFPA for an apology, and Berk confirmed to GQ that he did write one. However, he said the note did not admit anything. “My apology admitted no wrongdoing, the usual ‘If I’ve done anything that upset Mr. Fraser, it was not intended and I apologize,’” he told the magazine.

Fraser said the incident led to him becoming depressed and messed with his sense of “who I was and what I was doing.” He also said it affected the trajectory of his career.

After the GQ story was published, the HFPA responded saying that it was investigating the incident.

“The HFPA stands firmly against sexual harassment and the type of behavior described in this article,” the association said in a statement, according to People. “Over the years we’ve continued a positive working relationship with Brendan, which includes announcing Golden Globe nominees, attending the ceremony and participating in press conferences. This report includes alleged information that the HFPA was previously unaware of and at this time we are investigating further details surrounding the incident.” 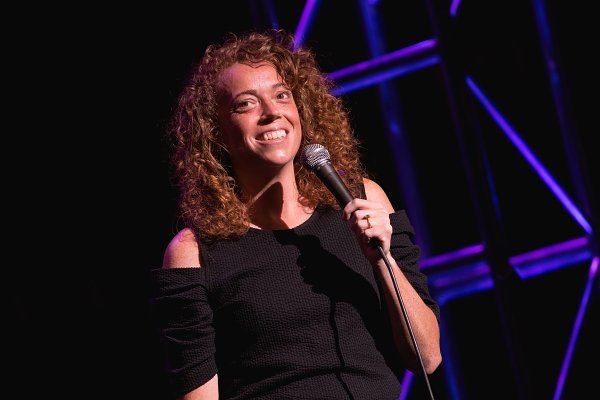 What to Know About Michelle Wolf the 2018 WHCA Dinner Host
Next Up: Editor's Pick