How America Ferrera Has Continued Her Activism After the Women's March

America Ferrara speaks onstage at the Women's March on Washington on January 21, 2017 in Washington, DC.
Paul Morigi—WireImage
By America Ferrera

The moment I stepped onto the stage in Washington D.C., the energy from the crowd was overwhelming, unlike anything I have experienced. I’ve never spoken in front of 1.2 million people before, and I didn’t know what to expect.

I couldn’t see the end of the crowd. I had no idea how many people I was talking to. It felt real and raw. Normally, I would have been nervous, but the purpose of being there was so clear that it carried me through. The thing that shook me was how much joy there was. It was a heartening of spirit that I think made everyone feel less alone and more human and more alive.

At the root of it all was a sense of community. Everyone was high on an intoxicating combination of urgency and love. Community is something we lack in our culture these days. It’s rare that we show up and stand with people, get in the same room together. So much is done digitally and quickly. I can’t overemphasize how transformative it was to be in that crowd with so many other people who shared the same sense of passion and purpose.

It became very important to me to continue building community after the March. Our culture works against being able to sit in a room with people whose experiences are different from our own but whose hopes and dreams for the future are shared. Since the March I have tried to grow my circle of community far and wide. We have shared some victories and bolstered each other through setbacks.

To move forward as a movement, we have to stay connected to the reason we marched in the first place: one another. It doesn’t make sense to march and donate and then go back to our lives, shut off from what’s uncomfortable or unfamiliar to us. We need to challenge ourselves to show up in community with an open heart.

After the March, my husband and I started gathering our friends, many of whom are artists and storytellers, together with friends who are activists on the front lines in order to bridge those communities. Our gatherings grew into an organization called Harness. We bring people together in the hope that those wanting to use their voices can do it from a deeper, more rooted place, because they are invested in real, personal relationships. That’s the fuel. The people you meet, the bodies you hug, the stories you hear. We don’t have to worry about people going home and forgetting what they heard and what they need to do. You don’t forget about people you know and love — you carry them in your heart. If we can bring that ethic of community and love into our daily lives, I believe we can sustain the movement.

America Ferrera is an actor and an activist. This essay was excerpted from Together We Rise: Behind the Scenes at the Protest Heard Around the World (Dey Street Books, 2018). 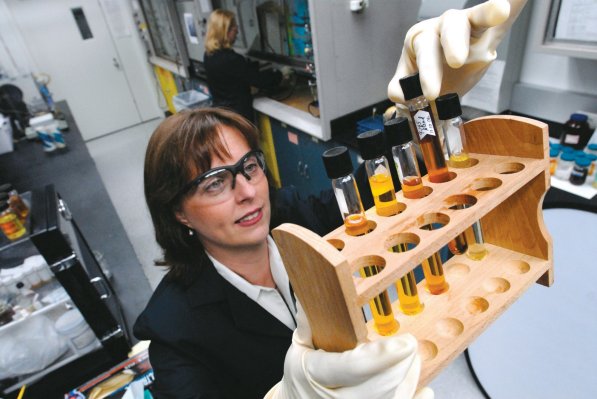 The Boss: Debbie Mielewski Made Ford Cars More Eco-Friendly
Next Up: Editor's Pick