America Beat Canada in Hockey and Curling at the Olympics in One Day. The Reactions Are Pure Insanity.

While the 2018 Winter Olympics in PyeongChang, South Korea have been filled with no small amount of memorable moments, one of the highlights of the Olympic games for American viewers was seeing Team USA beat their longtime Olympic rivals from Canada in women’s hockey and men’s curling, two Olympic events that Canadians have historically dominated.

As might be expected, the Internet had plenty of feelings about the U.S. women taking gold in the Olympic hockey game and the men from Team USA advancing to the men’s gold medal game and took to the web to sound off on their many emotions about this eventful day.

American viewers couldn’t contain their excitement about the victories. 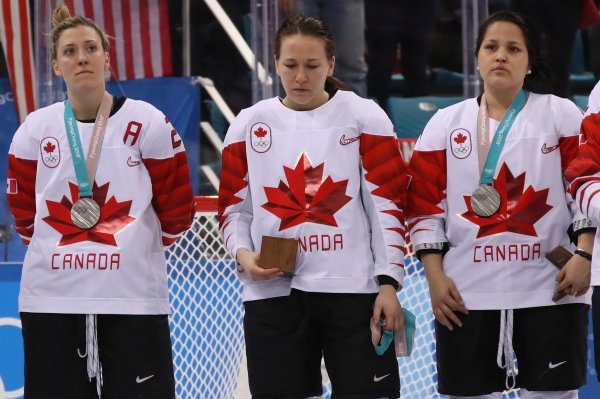 Olympic Hockey Medalist Immediately Yanks off Her Silver Because Only Gold Is Acceptable
Next Up: Editor's Pick