Despite being the most glamorous night of the year, the Oscars can often feel predictable. The most hyped movie of the year will likely win Best Picture, Best Director will go to a white man and at least a handful of winners will thank their parents, their partner and God.

Last year, the evening’s greatest excitement was provided by the Best Picture mix-up, probably the most shockingly unpredictable moment in Oscars history. It’s looking likely that the 2018 Academy Awards, airing on Sunday, March 4, will also provide some unexpected delights — only this time, instead of presenters being handed the wrong envelope, it will be thanks to some major milestones that could be reached.

History could be made during this year’s ceremony, from the first African-American being crowded Best Director to the first woman winning the coveted award for Best Cinematography. Below is a list of some of the most significant records which could be broken Sunday night.

If the 88-year-old Plummer wins Best Supporting Actor for All the Money in the World, he’ll beat his previous record of being the oldest winner of an Oscar for acting, which he achieved in 2012 for the Mike Mills film Beginners.

Varda, the 89-year-old co-director of Faces Places (with the street artist JR), could become the oldest ever recipient of an Oscar if her movie triumphs in the Best Documentary category. The octogenarian already broke history by becoming the oldest Academy Award nominee, tied with 89-year-old James Ivory (who is eight days younger than Varda). Ivory, the Oscar-nominated screenwriter and co-producer of the bittersweet love story Call Me by Your Name, would become the oldest winner if he wins and Varda does not.

If Chalamet, 22, wins Best Actor for his role in Call Me By Your Name, he will become the youngest Best Actor recipient in history. The record is currently held by Adrien Brody, who was 29 when he took home the statue for Roman Polanski’s Holocaust movie The Pianist in 2003. If Chalamet wins, he could also become the youngest living Academy Award winner.

If Mudbound’s Morrison wins, she will become the first woman in history to win an Oscar for Best Cinematography. Mudbound, an intimate epic about two American farming families, one black and one white, working the land in the Mississippi Delta in the 1940s, also received nominations for Adapted Screenplay, Original Song and Supporting Actress, the latter two for Mary J. Blige. Morrison is the first woman ever to be nominated in this category.

Lady Bird director Gerwig is the first woman to be nominated as Best Director for her solo directorial debut, so if she wins she’ll be the first woman to win the prestigious award for the first movie she directed. Rather inconceivably, only five female directors have ever been nominated in this category, and only one has won it (Kathryn Bigelow, for The Hurt Locker in 2010). If Gerwig wins, she’ll also be the second woman in Oscars history to be crowned Best Director.

Writer-director Rees could become the first black woman to win an Oscar for Best Adapted Screenplay, for her co-writing credit alongside Virgil Williams in Mudbound.

Ford, whose Strong Island has been nominated in the Best Documentary category, could become the first trans director to win an Oscar. Ford’s documentary, which won the Special Jury Prize at the Sundance Film Festival in 2017, is about the murder of his brother in 1992, and an all-white jury’s decision not to charge the killer.

If Get Out director Peele beats Paul Thomas Anderson, Guillermo del Toro, Greta Gerwig and Christopher Nolan to the coveted award, then he’ll become the first African-American director in history to be crowned Best Director.

If the multi-talented Blige triumphs in both categories, she could become the first person to win an Oscar for both an acting performance and original song in the same year. Both of Blige’s nominations are for Mudbound, which has the chance to break many Oscar records on Sunday.

Logan, the Hugh Jackman film which has been billed as the third and final installment in Wolverine’s solo saga, could become the first live-action superhero film to win Best Adapted Screenplay if it beats Call Me By Your Name, The Disaster Artist, Molly’s Game and Mudbound.

The Shape of Water, Best Picture

If Best Picture goes to Guillermo del Toro’s The Shape of Water, which TIME described in its review as “about the finest love letter any movie monster could hope for,” it could be the first time the Best Picture award has been handed to a science fiction movie.

Not Records But Still Noteworthy

If the veteran English filmmaker, best known for movies including The Dark Knight, Interstellar and Inception, wins a Best Picture or Best Director Oscar for Dunkirk, it will be his first Academy Award.

Get Out, Best Picture

Jordan Peele’s acclaimed horror movie Get Out could become one of the very few February-released movies in Oscars history to win Best Picture. The Silence of the Lambs, which was released in February 1991, is a famous example of a February-release’s rare Best Picture win.

The veteran composer broke his own record as the most nominated living person in Oscar history when he received his 51st nomination, for Best Original Score for Star Wars: The Last Jedi. But Williams also holds the current title for the most Oscars lost: he’s won five Oscars, meaning that, proportionally, the winner is the biggest Oscar loser. 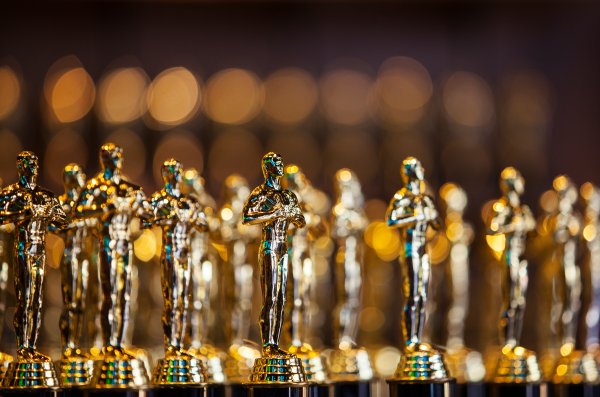 Here’s Who Holds the Title for Most Oscars Ever Lost
Next Up: Editor's Pick