Welcome to CPAC, a Raucous Display of the Republican Identity Crisis

Supporters wait for President Donald Trump to speak to a packed ballroom during the CPAC conference at the Gaylord Hotel and Convention Center in Oxon Hill, Maryland Friday February 24, 2017.
Melina Mara/The Washington Post via Getty Images
By Philip Elliott

On the surface, the annual Conservative Political Action Conference is a festival of red meat Republicanism, part pep rally, part college spring break bash, with a barely detectable undertone of policy prescriptions. But to jaded political observers, it has become more like a florid display of the GOP’s identity crisis.

Beginning Thursday, thousands of political activists will gather near Washington. During Barack Obama’s eight years in the White House, this was the capital’s rowdiest and angriest political event—but it has morphed into a reflection of the tensions within the Republican Party in the age of Donald Trump.

The crisis of American conservatism will be everywhere on display in the three days of speeches at a conference center ballroom in the D.C. suburb of Oxon Hill. Here you will see an anti-immigrant conspiracy theorist and a former sheriff who suggested George Soros was actually behind last week’s mass shooting at a Florida school, followed by the President of the United States. You will find a discredited provocateur set to sign copies of his book at the same hour as White House counselor Kellyanne Conway addresses the crowd. First son Eric Trump will speak hours before Fox News’ Sean Hannity broadcasts his show live from the stage. And what, pray tell, is the overlap in audience between White House counsel Don McGahn and “Pawn Stars” reality host Rick Harrison?

From the outside, it’s easy to find the whole event perplexing and disjointed, with its sessions about “Taxpayer-Funded Terrorism,” “Unmasking the Deep State” and “Kim Jong Un-iversity.” Full of fire and fury, many of these conversations reflect the most energetic—and fringiest—segment of a Republican Party that seems to be tearing itself into pieces. As conservative Bill Kristol observed dryly, “About CPAC, what needs to be said was said by Eric Hoffer: ‘Every great cause begins as a movement, becomes a business, and eventually degenerates into a racket.’”

Which explains why you won’t find many elected officials in attendance. Senate Leader Mitch McConnell and House Speaker Paul Ryan are taking a pass this year. Ted Cruz is the lone Senator attending the festivities, and Fox News favorites outnumber House members on the schedule.

Yet what plays out on the stage has implications for the bigger conservative movement. Republicans enjoyed a resurgence as the decade began, but they now have to govern in an environment that has to straddle activists who treat politics as sport, the more traditional members of the GOP who turn their noses up at such theatrics, and newcomers who bought Trump’s campaign pitches.

Republican leaders cannot ignore the activists’ enthusiasm. The inevitable “lock her up” chants about Hillary Clinton and roars for the President and his Cabinet mask a quiet uneasiness among rank-and-file conservatives, who still read Barry Goldwater’s speeches and lionize Ronald Reagan. Elected officials, especially Republicans who are seen as centrist, have to contend with this enthusiasm or face primary challenges from the right. They have little choice but to go along with the show if they want to keep their jobs.

And if Republicans are to successfully defend their majorities in the House and Senate this fall, they will need the help of folks who spend thousands of dollars to attend these sessions. A super PAC backed by Ryan gave its top volunteers a trip to CPAC as a reward. Mainstream Republicans may just have to choke back their objections to some of the disputed claims about minorities, immigrants, and those in prison.

The Republican Party of 2018 is one of deep contradictions. A party that is home to evangelicals also helped to elect a thrice-married man who bragged about sexually assaulting women on a video. Lawmakers set aside their worries about deficits and the debt to pass massive tax cuts last year that will deliver a $1.5 trillion vat of red ink. CPAC, the same organization that welcomed former Vice President Dick Cheney as a rockstar surprise guest in recent years, is now giving the microphone to far-right European firebrands Nigel Farage and Marion Marechal-Le Pen.

The CPAC speakers, seminars, and the audience itself reflect but one corner of the conservative movement at this moment, to be sure. It just happens to be the loudest and rowdiest, and one that meshes easily with Trump. But it may not be as durable as its backers want to believe, and it may bend the Republican Party far afield from what made it attractive to so many for so long. 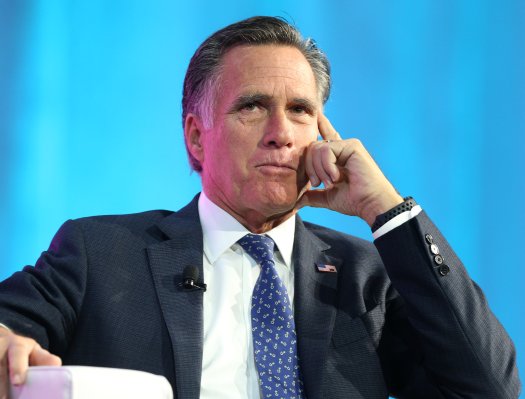